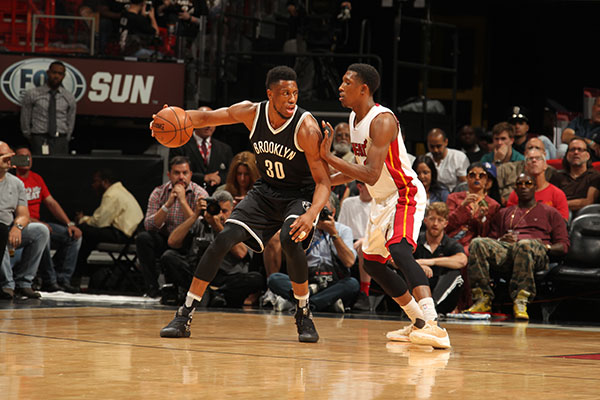 With no first round picks in tonight’s Draft, the Brooklyn Nets made a move to snatch the No. 20 pick from the Pacers. Brooklyn had been actively shopping Thaddeus Young to the highest bidder and now the big man is on his way to Indy.

The trade continues a busy offseason for the Pacers. Since getting bumped from the Playoffs, Indy has let go of Frank Vogel, hired Nate McMillian and made a move for point guard Jeff Teague.

Woj had the report first:

Brooklyn has traded forward Thad Young to the Indiana Pacers for the 20th pick and a future 2nd rounder, league sources tell @TheVertical.

Young gives the Pacers another veteran starter to surround All-Star Paul George. The Pacers agreed to a deal for Atlanta point guard Jeff Teague on Wednesday, shipping guard George Hill to Utah as part of a three-way deal.

Nets general manager Sean Marks has been eager to gather young assets and draft picks, and could still be aggressive Thursday to get another pick in the first round, league sources said.