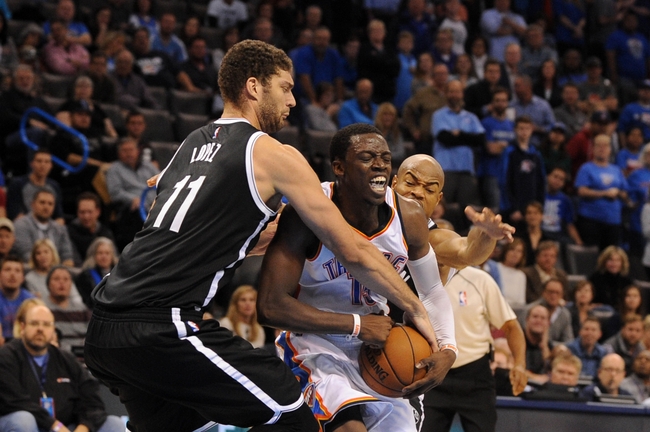 Jackson seeks a starting role in the NBA, and is headed for restricted free agency this summer. The Nets, meanwhile, have been trying to move the injury-prone Lopez for some time now.

The Nets and Thunder are discussing a deal that would include center Kendrick Perkins, forward Perry Jones and Jackson joining the Nets, but Brooklyn is working to gauge the enthusiasm of Jackson about coming to Brooklyn, league sources said.

The Nets are prepared to move guard Jarrett Jack in a deal, clearing the way for Jackson to become the starter and a franchise cornerstone, league sources said. Deron Williams would continue to be used in a reserve role for the Nets.

The Nets are committed to turning the team over to Jackson, which is what it would take to get him to make a long-term commitment. The major reason he wants out of Oklahoma City is his desire to be a starter in the NBA. […] Jackson turned down a four-year, $48 million extension with the Thunder, and it is believed that it could take something closer to Eric Bledoe’s $14 million annual salary with the Suns to procure him, league sources said.