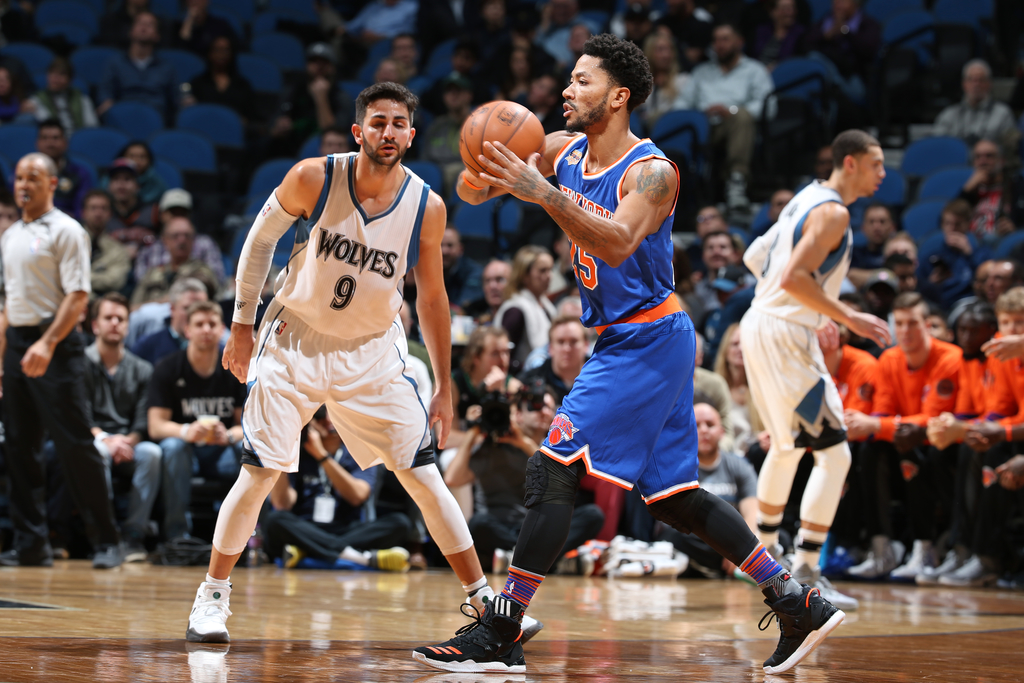 The Minnesota Timberwovles have reportedly inquired about Derrick Rose’s availability ahead of Thursday’s trade deadline.

The Timberwolves have reached out to the Knicks to discuss potential trades for Derrick Rose, per sources.https://t.co/itR9a0Lf4o

Could a reunion with ex-coach Tom Thibodeau be in the works for D-Rose?

It is unclear what Minnesota would offer in a potential trade for Rose. Sources say the Timberwolves are motivated to trade veteran point guard Ricky Rubio, as team president and coach Thibodeau sees rookie Kris Dunn as the point guard of the future for Minnesota.

The Timberwolves, sources say, are among several teams to reach out to the Knicks asking about potential trades for Rose.

Rose, in his first season in New York, is averaging 17.7 points per game on 46 percent shooting in 48 games. He has missed time due to back spasms and an ankle injury, but Rose’s knees, which caused him to miss major portions of recent seasons, have been healthy.