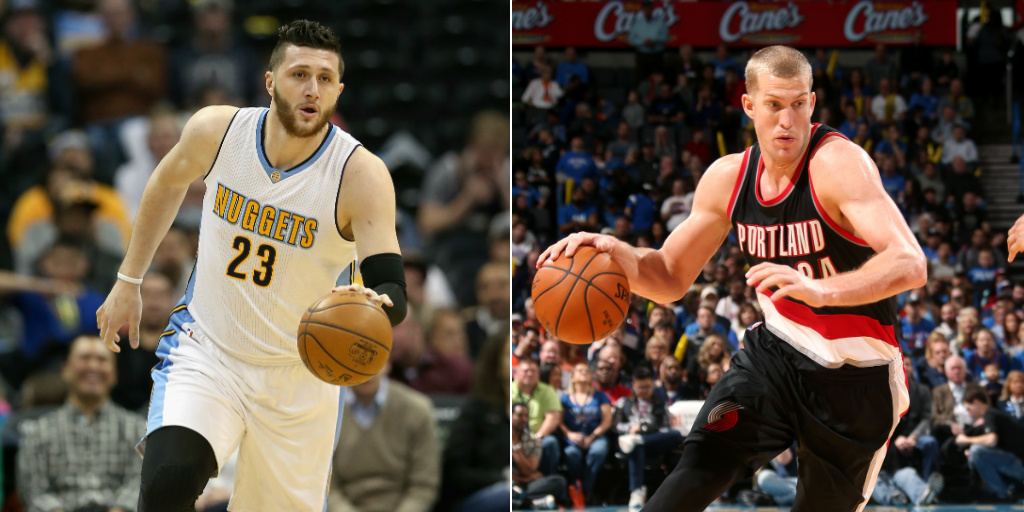 With a surplus of young talent, the Nuggets have been pegged by many as a team that will be active at the trade deadline. According to Woj, Denver made its first move of the trade season today, moving big man Jusuf Nurkic and a 2017 first round pick to the Blazers for Marshall Plumlee and a future second-round pick.

Portland owns three picks in the talent-rich 2017 NBA draft, including its own, Cleveland’s and Memphis’ via the deal with Denver. Portland will send a 2018 second-round pick, acquired from Memphis, to the Nuggets as part of the deal, sources said.

The Blazers likely hope that the 6-11 Nurkic, who has seen his minutes fluctuate all season, can bolster the team’s defense up front. Portland currently gives up 110.1 points per game, good for 26th in the League. Plumlee is averaging 11.1 points and 8 rebounds per game and gives the roster another versatile big man to play alongside Nikola Jokic.