Report: Tristan Thompson and the Cavs $14 Million Apart in Talks 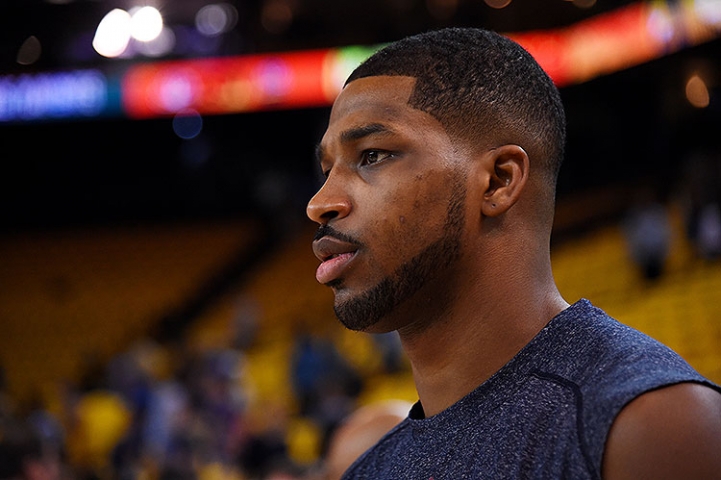 With training camp a few days away, there’s still no deal between Tristan Thompson and the Cleveland Cavaliers.

The contractual gap is reportedly $14 million—Thompson’s influential agent has threatened to take his client elsewhere (Toronto, perhaps?) should he sign a one-year qualifying offer this season.

According to ESPN, LeBron James (who shares representation with his teammate) is staying out of the talks:

The Cavs have held firm at an offer of five years and $80 million, with Thompson looking for a max contract of $94 million over the same span, sources said. The talks have been at a virtual standstill since early July, and there isn’t much optimism on either side. […] If no deal is reached by the end of the week, Thompson may sign the Cavs’ one-year qualifying offer of $6.9 million to become an unrestricted free agent next year. His agent, Rich Paul, said last month that if Thompson signs the one-year qualifier, he will not re-sign with the Cavs long-term in 2016.

The Cavs’ position has been that they are offering a fair-market contract. The $16 million per year offer to Thompson, 24, would be in line with deals recently given to Draymond Green ($16.4 million annually) and Jonas Valanciunas ($16 million). It would be less than the $17.5 million per year that Enes Kanter, picked one spot ahead of Thompson in the 2011 draft, got from the Oklahoma City Thunder after he signed an offer sheet with the Portland Trail Blazers. […] Thompson’s position is that he expects there to be a strong market for him next summer, when more than 20 teams are expected to have more than $20 million in salary-cap space. A young big man who hasn’t missed a game in more than three seasons, Thompson believes he will get multiple offers that will average $20 million per year.

Thompson and LeBron James have a close relationship and share an agent. James has said he thinks Thompson should finish his career as a Cav, but James has, to this point, stayed out of the negotiations. He passed on several chances to apply public pressure on the Cavs this summer. He has also not commented on it via social media. […] Last year, when friend and fellow Paul client Eric Bledsoe was in a contract stalemate with the Phoenix Suns, James urged the Suns to make a deal via social media. Bledsoe and the Suns went down the 11th hour before finally agreeing to a five-year, $70 million deal just before the start of training camp.