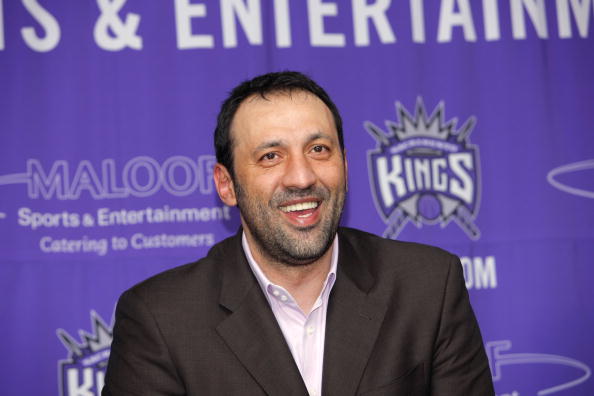 The Kings—a team that’s burned through three head coaches this season already—is now in the hands of former center Vlade Divac. According to a report, Divac is now the team’s top decision-maker in the front office. We mess with Divac, but putting your entire squad in the hands of a guy with very little GM-type experience only confirms what we’ve known for a while: Kings owner Vivek Ranadive is a madman.

The story, from ESPN.com’s Marc Stein:

Vlade Divac has quietly emerged as the new lead voice of the Sacramento Kings’ front office, according to league sources.

‎Sources told ESPN.com ‎that Divac, who was recently hired by the Kings under the seemingly broad title of vice president of basketball and franchise operations, is indeed regarded as the team’s top basketball official by owner Vivek Ranadive after months of turbulence in Sacramento.

The Kings have yet to formally announce their new power structure, but sources say that Divac has supplanted both general manager Pete D’Alessandro and former Kings adviser Chris Mullin — who just jumped to the college game as the new coach at alma mater St. John’s — as Sacramento’s lead basketball decision-maker.

The future of D’Alessandro in Sacramento, especially after the departure of his closest ally in the organization in Mullin, is unclear. Sources say, however, that the Kings have already launched a search to add another front-line basketball executive to work alongside Divac whether D’Alessandro stays or departs.

Other high-ranking officials in the Kings’ current setup include assistant GM Mike Bratz, scouting director Chris Gilbert and director of player personnel and analytics Dean Oliver, who left a position at ESPN to join Sacramento’s front office entering this season.

Sources say that Mullin began to lose sway with Ranadive after refusing the owner’s offer to replace Mike Malone as coach when Malone was abruptly fired in mid-December. As ESPN.com reported at the time, Mullin had interest in the position but did not want to begin his coaching career after the season had already begun, without the opportunity to assemble a veteran coaching staff or hold training camp.

Yet when the Kings lost 21 of their first 28 games under interim coach Tyrone Corbin, Ranadive could no longer stomach waiting until the offseason to undertake the more expansive coaching search that had been planned. The Kings instead ramped up their pursuit of George Karl and hired him away from ESPN, where the 63-year-old was working as an analyst, during the All-Star break.

The hiring of Karl as coach, followed by Divac’s surprise appointment in March, were Ranadive-driven decisions. The chain of events thus marks the second time in Ranadive’s brief tenure as Kings owner that he has hired a coach before hiring his lead basketball decision-maker, as seen with Malone and D’Alessandro.

But Divac has been insistent in numerous interviews since his return to Sacramento that he is a longtime fan of Karl’s and is determined to make the partnership work. 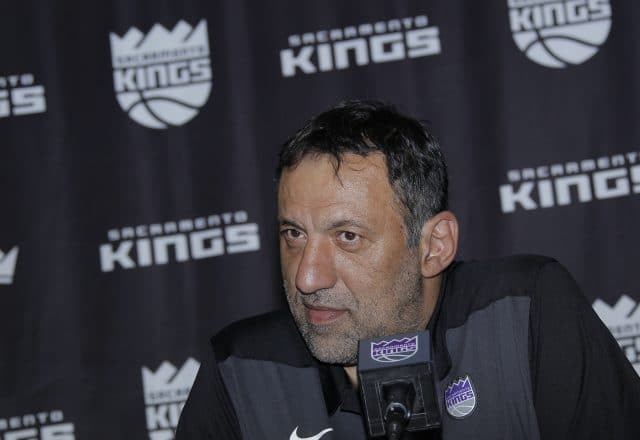 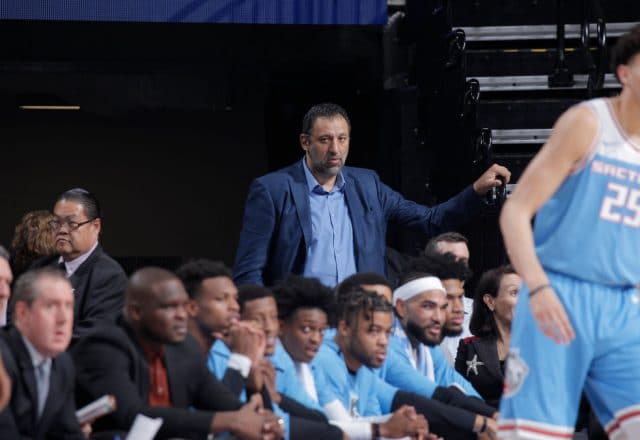 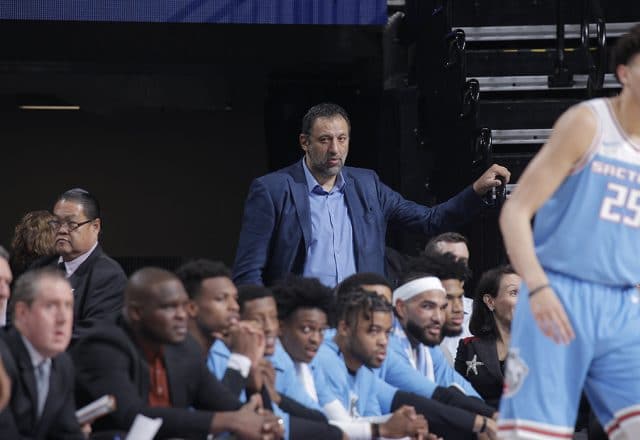 Vlade Divac: Kings ‘Not Desperate’ To Make the Playoffs This Season 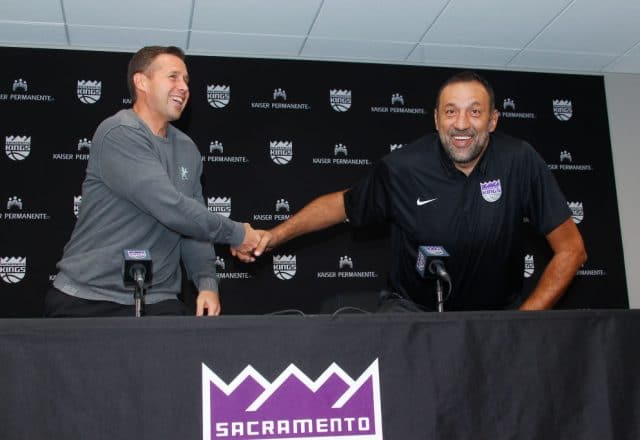 Vlade Divac: Kings Coaches and Front-Office Should ‘Not Focus on Drama and Rumors’