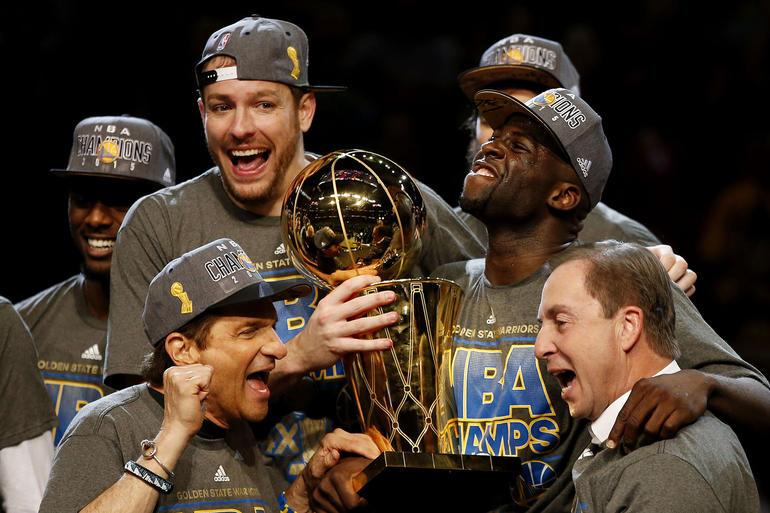 As David Lee recently acknowledged, it’s very unlikely that he’ll be back with the world champion Golden State Warriors next season.

Both sides are working on coming up with a workable solution for the veteran, and a new home in 2015-16.

Sources said the Warriors have privately acknowledged to Lee and his agent, Mark Bartelstein, that it would be unfair to the former All-Star to ask him to continue to serve in a limited role next season after Lee accepted his diminished minutes without complaint all season.

Although discussions on this topic were essentially tabled by both sides until after the playoffs, sources said Wednesday that the Warriors and Bartelstein have resolved to work together to “come up with a good solution” to find a new home for Lee this offseason. […] Lee, 32, lost his starting spot to Draymond Green early in the season due to bad timing as much as anything else, as he suffered a hamstring injury after a strong showing in training camp. Once the 67-win Warriors launched to a 21-2 start with Green as the starter, Lee was forced to settle for spot minutes in the midst of the fifth season of a six-year, $80 million deal he signed with Golden State in the summer of 2010.

“It’s been a really interesting year,” Lee said after Game 1 of the Finals, in which he didn’t log a minute of playing time. “… I’ve actually gotten to see kind of the other side of the NBA. I’ve always been the guy that’s out there for 35 to 40 minutes. I’ve never really, I don’t think, had the true respect for guys … to see guys that don’t get a chance to play very often and come out and produce on a consistent basis — I never knew how difficult that was. […] So it’s really been a great learning experience for me this year. And while it’s been frustrating as a competitor to not be in there as much as I want to be in there, it’s been kind of cool to let go of my ego this year and say, ‘Hey, this is about the team.'”