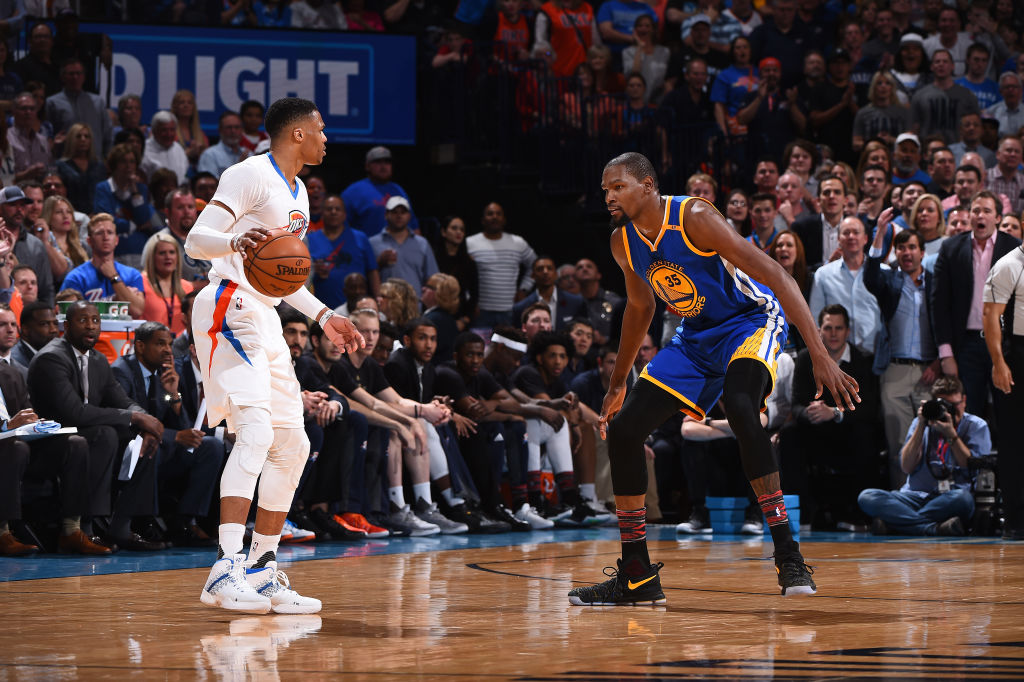 Russell Westbrook‘s relentless style of play may strike fear in the hearts of most opponents, but the Golden State Warriors aren’t shook at all.

The defending NBA champs apparently find it remarkably easy to keep the MVP in check.

For the Dubs, guarding Russ is reportedly “like cake to them.”

“Jack McCallum’s new book about the Warriors has a bunch of kind of anonymous Warriors talking about Russ and how they don’t fear Russ. How [Kevin Durant] left partly cause of Russ. How Russ’s style of play is so easy for them to defend it’s like cake to them.”

“I’ve talked to the Warriors about his kind of stuff. What’s in Jack’s book is 100 percent what they say when you ask them about Russ.”