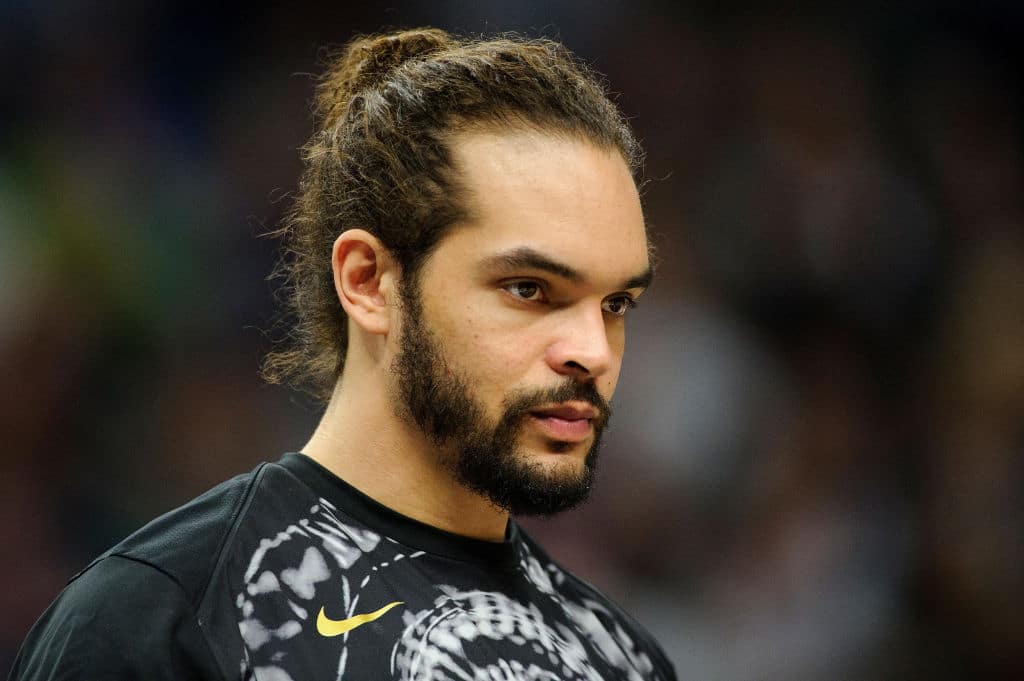 The New York Knicks may have “moved on” from Joakim Noah, but the big fella is reportedly still drawing interest from postseason-bound teams.

Golden State, Minnesota and OKC are said to be eyeing the soon-to-be 33-year-old exiled center.

.@nyknicks still have yet to decide how they’ll proceed with exiled Joakim Noah, who has interest around the league, writes @FisolaNYDN https://t.co/XlOFUAdTDP pic.twitter.com/DA1yAKtMQL

For Noah to truly move on, the Knicks either have to release him or agree to a buyout, and he’s owed $54 million through the 2019-20 season.

According to league sources, several playoff-bound teams are closely monitoring Noah’s situation in New York and would push to sign him if Noah becomes a free agent.

The Warriors, Timberwolves and Thunder are three such teams that believe Noah, who turns 33 on Sunday, could bolster their respective rosters for the postseason.

Time is also a factor. Noah would have to be waived by March 1st in order to be eligible for the playoffs.