Report: Wizards, Lakers ‘Are Not Frontrunners for Kevin Durant’ 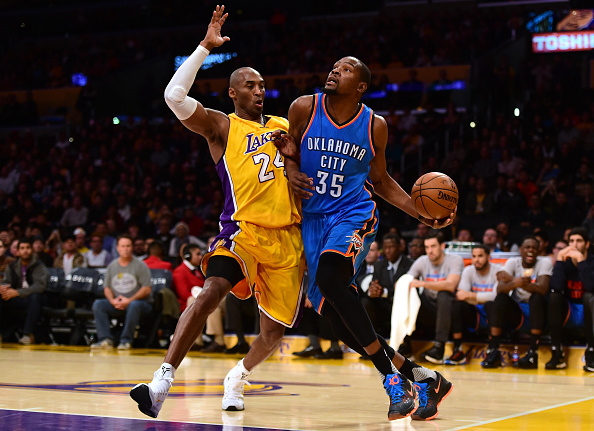 The subject of Kevin Durant‘s impending free agency is one that never goes away. It seems like every single day there’s a new rumor, a new team that is reportedly interested or has garnered his attention. And it makes sense, since any team would be lucky to have the former MVP on their squad.

The two biggest rumors of late have surrounded KD potentially joining the Warriors or the Lakers, while his hometown Wizards are always in the conversation, too. But according to Adrian Wojnarowski of The Vertical, the Lakers and the Wizards are not really viable options. Woj went on Fox Sports Radio on Saturday and outlined exactly why he thinks that. Here’s the key part of the transcript, via The Big Lead:

Kevin Durant doesn’t care if they have the 1st pick, 2nd pick, 3rd pick … no free agent cares. No free agent of his stature cares what draft pick the team has, because that guy’s not going to help them win a Championship in the next 2-3 years. If Kevin Durant leaves Oklahoma – if he leaves – he wants to be ready to win a Championship right away. He’s at a point in his career [where] he can’t wait 2-3 years or wait for a team to build or hope that it happens.