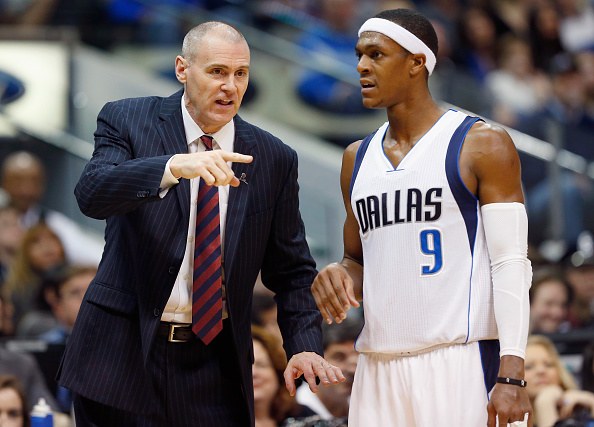 Dallas lost to Phoenix, 98-92 on Sunday after falling behind by 17 points early and never really being able to recover. Monta Ellis had an awful shooting night, and the Mavs as a team just generally didn’t come to play. Head coach Rick Carlisle was unsurprisingly not too pleased with the effort his team showed. He told reporters after the game that “this is not a Monta Ellis shooting problem. This is a Dallas Maverick hard play problem.”

“[The first half] was an embarrassment, flat out. Second half, we got angry and we played a hell of a lot harder but we made too many mistakes,” Mavericks coach Rick Carlisle told reporters after the game.

It’s true that effort is sometimes lacking in Dallas, especially on defense, where players constantly lose track of their man or fail to box out. But a glaring problem on Sunday was Monta Ellis shooting 4-22 from the field, including 0-8 in the fourth quarter.

“We had to get shots,” Carlisle said of Ellis’ night. “He’s the one guy who can get clean shots. He’s getting good looks. I always believe he’s going to make the next one. My responsibility as a coach is to get shots. We can’t go places where clear shots are not going to be generated.”

He continued: “Look, this is not a Monta Ellis shooting problem. This is a Dallas Maverick hard play problem. We don’t play hard all of the time. That’s the problem. It’s pretty clear that’s where our inconsistency is. That’s where we have to get better. We have to be a more together team. I believe that we can do it. We did it in the second half.”

Carlisle said he didn’t have an answer to the team’s lack of effort.