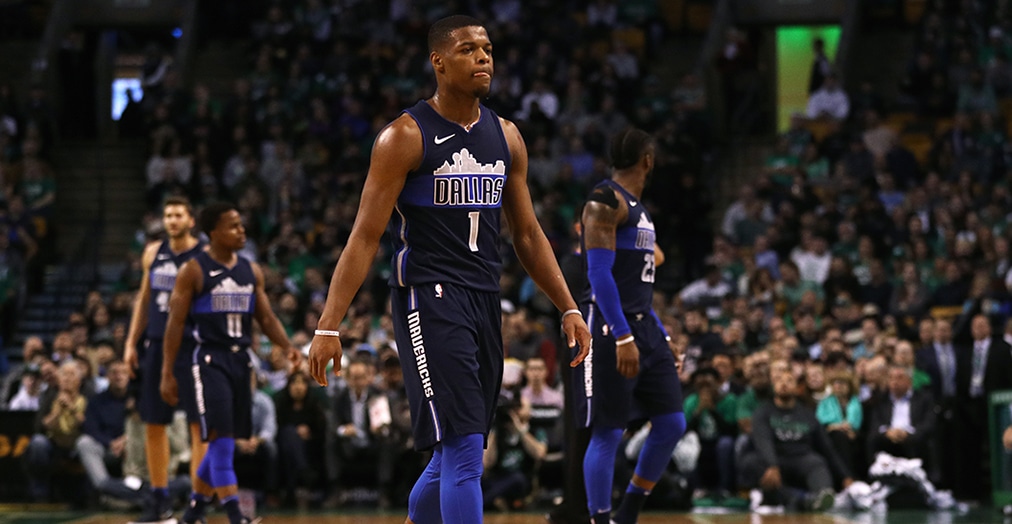 Dennis Smith Jr injured his left hip on Wednesday night in the Mavs’ 97-90 loss to the Celtics. He experienced soreness the day after and then sat out of practice on Friday. He was reportedly in good spirits, however.

Rick Carlisle says there’s no timetable for Dennis Smith Jr. (left hip strain) to return: “Him getting 100 percent healthy is our No. 1 priority.” Smith will meet with the team physician when the @dallasmavs return home.

Smith Jr, the ninth pick in last summer’s draft, is currently averaging 14 points, 4 rebounds and 4 assists in his 23 games played.