Ricky Rubio on Kevin Garnett: ‘If You’re Not On His Side, You Should Be Afraid’ 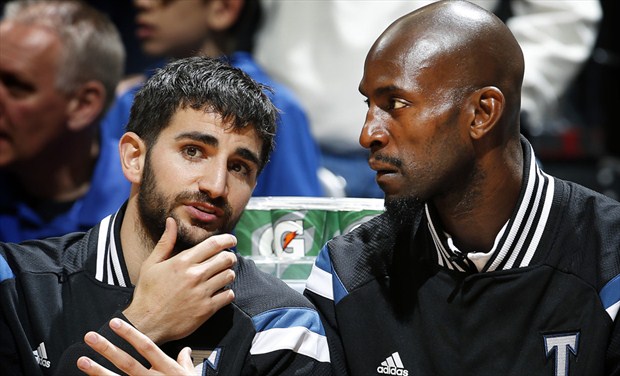 Timberwolves’ point guard Ricky Rubio recently spoke on a number of interesting topics, including his health and the future of his franchise. The 24-year-old also discussed Minnesota’s young core, consisting of promising pieces like Andrew Wiggins, Karl-Anthony Towns and Zach LaVine.

Perhaps his best insight, however, stemmed from a question regarding one of the T-Wolves’ few veterans—Kevin Garnett—and his intimidation factor.

Here’s the full back and forth from SI.com:

SI: You mentioned Garnett. Is he as intimidating as his reputation suggests?

RR: “He’s a different guy when you meet him. It’s true, if you’re not on his side, you should be afraid. But he came to the team, and he made a great impact right from the beginning. He set high expectations. Everyone was impressed with how nice he was. Everything he does is because he wants to win. If he gets mad at you, it’s because you’ve got to change to help the team. He’s all about the team. That’s how I am too. I have a great chemistry with him just because of that.”