Robert Horry: ‘I Left the Lakers With So Much Hatred for That Team’ 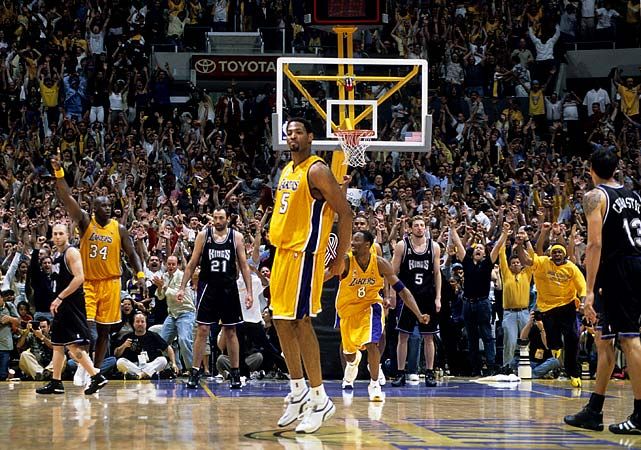 If nothing else, we know that Robert Horry keeps it real. Like, realer than real.

In a fascinanting and revealing piece for The Players’ Tribune, the seven-time NBA champ opens up about playing with Hakeem Olajuwon and the Houston Rockets; what it was like to be teammates with a young and desperately-hungry Kobe Bryant; and the ruthless, at times ugly business of the NBA that most fans don’t know (or particularly care) about.

Horry says that the Los Angeles Lakers did him dirty with a last-minute release prior to the 2002-03 season:

He would never stop. It was incredible. He practiced until one day, a couple months later, he finally won. If you literally said, “Kobe, I bet you can’t make five in a row by dropping the ball and kicking it in from half court,” that motherfucker would go out there and practice it until he could do it. And that’s what people don’t understand when they talk about champions — when they talk about a winner’s mentality. Kobe’s dedication to the game is unreal. And I mean that in the truest sense … it was literally unbelievable. The common denominator in every championship team is the mentality that Kobe has, and the mentality that Hakeem had with me at that Christmas party. You have to be so obsessed with winning that you pull no punches with your teammates, even when you’re in first place. Even when you’re a defending champ.

With Phil (Jackson), his ability to coach Michael Jordan and the success that he was able to lead those Bulls teams to is why he commanded so much respect from players. The titles Phil won in Chicago translated into titles in Los Angeles. His six rings is what made (Shaquille O’neal) get into the gym and become one of the most dominant forces in league history. However, as dominant as we were in that three-peat run, I feel we could’ve done more if it weren’t for egos and complacency. Honestly, I left the Lakers with so much hatred for that team. I felt that the way they handled my situation was so wrong. I remember going into the exit meetings after we had won the title and it was my year to opt out. You walk into the meeting and everyone is hugging you, kissing you, praising you.

I said, “I know I make too much money and I know you’ve got a hard-on for Karl Malone.” They had been wanting him for five years, ever since Phil got there. I’m a realist. Tell me like it is and I will respect you more, just don’t go behind my back. I told them I’d stay for $2 million, but they weren’t interested. All I asked them was to allow me to find a team before the money dried up and not to wait until the last day to release me. They told me, “We won’t do you like that.” […] Well, they didn’t do me like that. They waited until the next to last day to release me.

This is what athletes mean when they say, “It’s a business.” Hell yes, we make a ton of money to play a silly-ass kid’s game. But even if you’re the hero, even if you hit one of the biggest shots in franchise history and win multiple titles, your ass can be out the door the next day. […] I actually have five NBA titles thanks to the Lakers. Three from playing with the team, and two from them showing me the door.