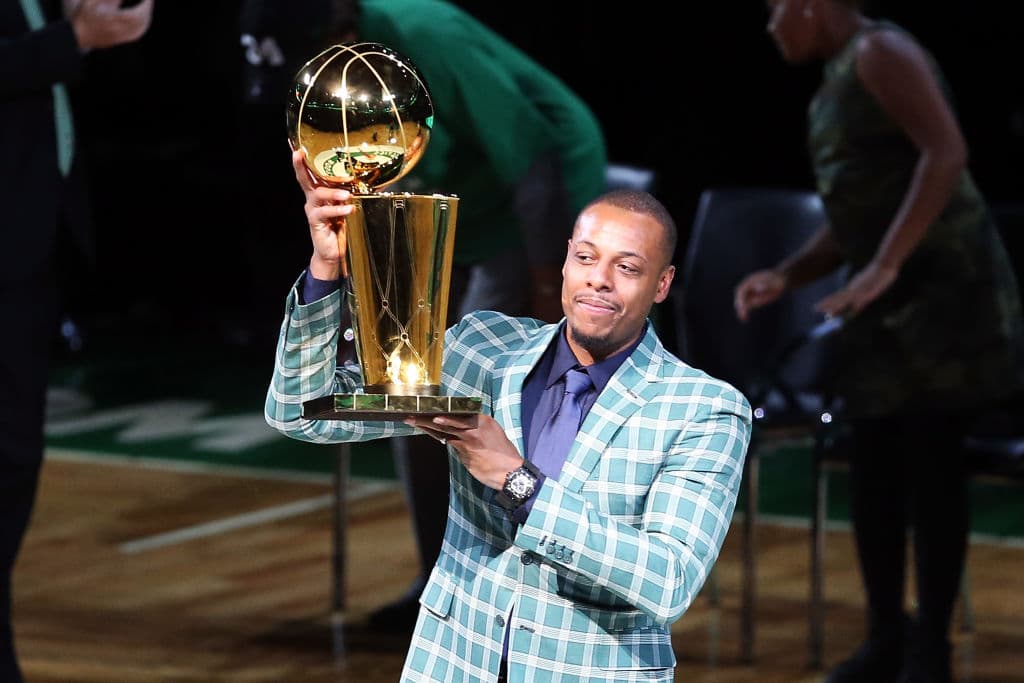 Paul Pierce had his No. 34 jersey retired in Boston on Sunday, and according to Robert Parish, The Truth is the “greatest offensive Celtic ever.”

The Chief says Pierce was a better and more creative scorer than Larry Bird.

The Chief: “I just think that Paul was more creative. He was a better scorer than Larry [Bird] and John Havlicek.”

“I just want the younger players to understand that you wear this uniform, not for the name on the back, but it’s all about Celtics pride,” Pierce said. “You hear that so much in this city, and lot of people don’t know what that is. It’s more than just how you are just a player. It’s how you carry yourself. It’s the things you do off the court. It’s how you represent the Celtic family, and these guys up there before you. I’m thankful that I was able to do that. It goes further than basketball, and I want the young generation to understand that.”

Pierce ranks No. 2 all time among Boston’s scoring leaders, compiling 24,021 points over 15 seasons with the Celtics. He is sandwiched between Havlicek (26,395) and Bird (21,791). Parish, who played alongside Bird, boldly dubbed Pierce the best offensive player in team history, which will come as sacrilege to some.