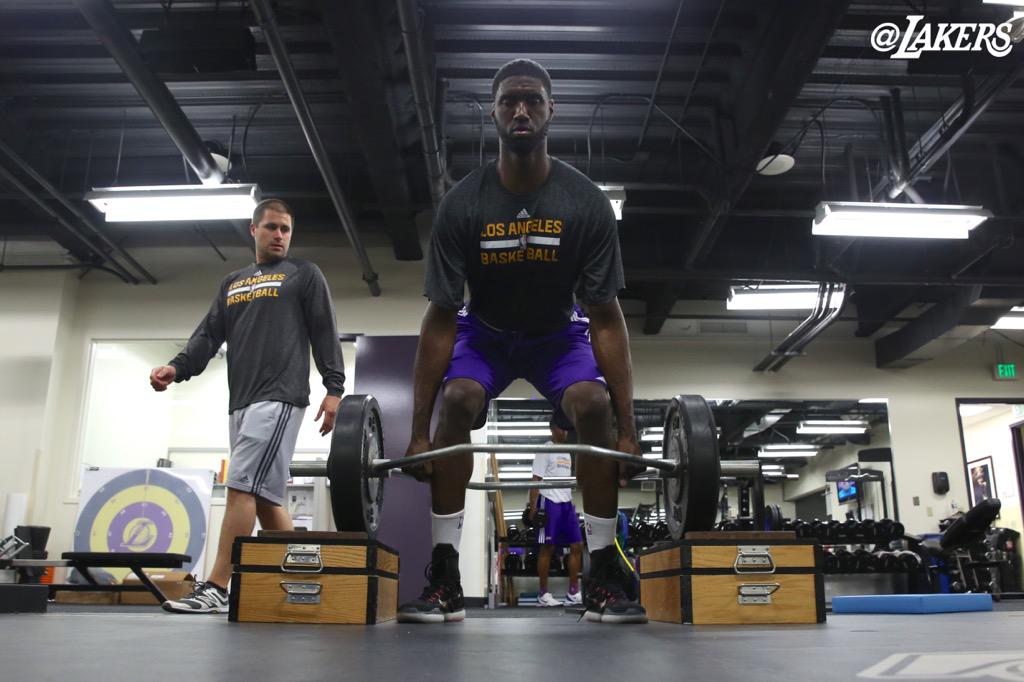 New Los Angeles Lakers center Roy Hibbert says he has shed some sixteen pounds, and wants to re-establish himself as an elite defender.

Roy Hibbert changed his diet and told me he dropped 16 pounds from his playing weight last season, down from 283 to currently 267.

Part of Hibbert’s goal in dropping so much weight is to get a bit quicker and adapt to how the league has gotten smaller.

Do all of that, Roy, and maybe … just maybe, Kobe Bryant will acknowledge your existence next season.

During his introductory press conference Wednesday, Hibbert said he’s excited for a fresh start with the Lakers.

To Larry Bird and others in charge in Indiana, Roy Hibbert was a lost cause. A lumbering center with little offensive game and a disinterested temperament, they were happy pawning him off for nothing more than a future second-round draft pick. The Lakers, however, view Hibbert as a player who can not only regain his standing as an All-Star big man, but anchor their anemic defense, which last year ranked second-worst in the NBA. […] “I expect to play at an All-Star defensive level, and everything else will come,” Hibbert said Wednesday.

The 7-foot-2 Hibbert is the most intriguing of the trio. With one year and $15.5 million remaining on his contract, Hibbert could either be a short-term stop-gap or a permanent solution. […] “In this business,” Lakers general manager Mitch Kupchak said, “if you can have somebody who’s that size, who’s 28 years old, that clearly wants to rebirth his career, I think that’s a good risk.”

Hibbert averaged 10.6 points and 7.1 rebounds for the Pacers last season. He is just a year removed from his second All-Star campaign, and helping Indiana to the Eastern Conference finals. […] “It all can’t fall to his plate,” Kupchak said. “If you’re on the perimeter, you can’t just let your guy get past you and say, ‘Oh, Roy is back there.’ It doesn’t work that way. Everybody is going to have to buy in defensively and make a commitment defensively.”