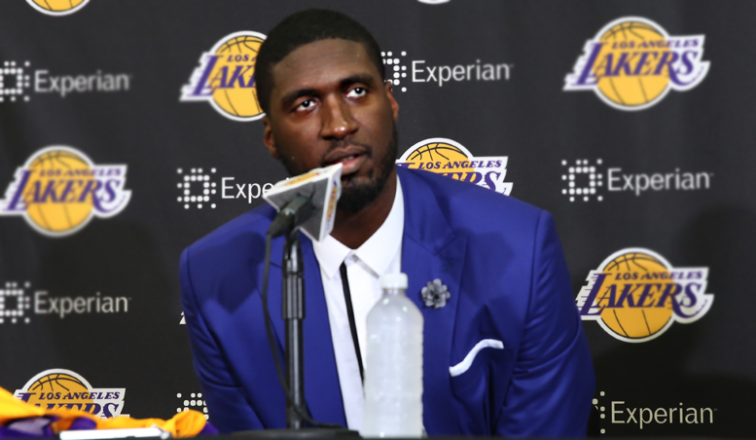 When the Lakers acquired center Roy Hibbert this summer, it didn’t exactly trigger celebrations across the city of Los Angeles.

Even the team’s most important voice appeared unmoved at first, but the big fella says that he has spoken to Kobe Bryant and that the two are ready to work together.

Hibbert shed a considerable amount of weight during the offseason—a tacit acknowledgement of the NBA trending towards small-ball—and says he was happy to sacrifice roughly $2 million in order to join the Purple and Gold.

When asked if they had heard from Kobe Bryant, all three players were awkwardly silent for 10 seconds before another question was asked. […] Bryant bore the brunt of the discomfort, the obvious implication that he hadn’t greeted them warmly. Or at all.

“I think he caught a lot of flak for no reason,” Hibbert said in retrospect. “He was overseas in China, I guess for a while, doing what he was doing. He’s reached out to me and we talked. […] It was funny, I guess, looking back. Ten seconds. I just told him, ‘I’ll be ready on the defensive end to help whatever way I can.’ He was all about that. I will say that.”

A financial sacrifice was also required from Hibbert, a rarity in a league where salaries and TV deals keep getting more lucrative. He agreed to take only $100,000 of his $2.3-million trade kicker so the Lakers could also sign free agents Lou Williams and Brandon Bass. […] “In the long run, it was a no-brainer,” Hibbert said. “If I were to say I wanted my $2 million and the trade couldn’t get done, I would have been back in Indy and wouldn’t have gotten that $2 million anyway. I would have had to basically fight an uphill battle just to try and get on the court. Hopefully I can make that [money] up in the long run if I do well.”