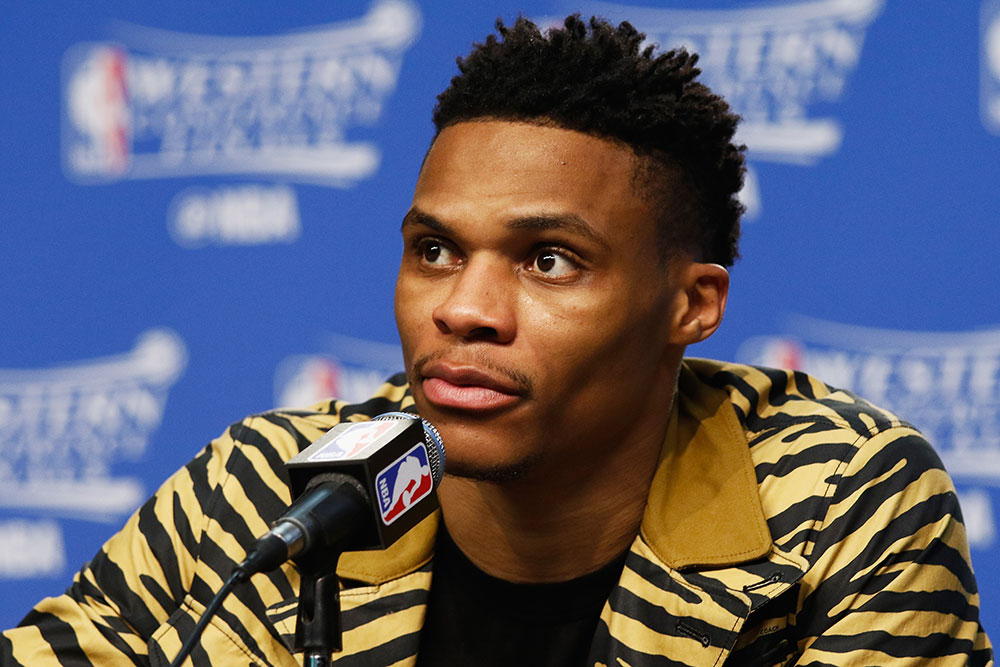 Last Friday night, Terence Crutcher, a 40-year-old unarmed black man, was shot and killed by a police officer in Tulsa, Oklahoma. A video released by the Tulsa Police Department on Monday shows Crutcher’s car broken down in the middle of the road with Crutcher walking with his hands up as police approach. Crutcher was tasered by one officer, then fatally shot by another.

The death has sparked outrage and high-profile athletes and celebrities have weighed in via social media. Russell Westbrook turned to Instagram to post a picture with #TERENCECRUTCHER against a black backdrop, along with a message from Minister John Gray:

A terrorist in New Jersey bombs New York has a shoot out with cops and gets grazed with a bullet. And safely arrested. A man with car trouble in Tulsa gets TAZED then shot. And then they stand there. Don’t offer him aid, comfort, nothing. No gun. No criminal activity. And I’ve heard people say “he should have complied”. As if that has ANYTHING TO DO WITH KILLING AN UNARMED MAN. Stop making excuses. His color got him killed. If that was a well dressed non-black female, do you think the helicopter pilot would have said “she looks like a bad person” in the same manner they said Terrance Crutcher “looks like a bad person”? Of course not. His color was the only thing that made him bad. From 500 feet in the air. I’m tired man. And I’m scared. Cuz I’m big and my skin is brown. Lord don’t let my car break down, don’t let me be in the wrong place at the wrong time. Don’t let me reach for my phone or do anything threatening. Jesus help THIS NATION.

Tell me this, how does an unarmed black man whose car is stalled and needs help get shot and killed by police officers, while the NY and NJ bombing suspect who actually shot at police officers gets apprehended and is alive? I guess being black is worse than being a terrorist. Even with your hands up, no gun, and in need of HELP, being black is still a crime. My sincerest condolences to Terence Crutcher’s family

Celtics guard Isaiah Thomas also posted the same picture as Rajon Rondo on Instagram and said he “wouldn’t know what to do” if he was in a situation with police:

How do I explain this kind of stuff to my African American Kids?? Honestly, I don’t know what to do if I’m in this situation. These black people are doing what the cops are asking/saying and still getting murdered SMH  #TerenceCrutcher