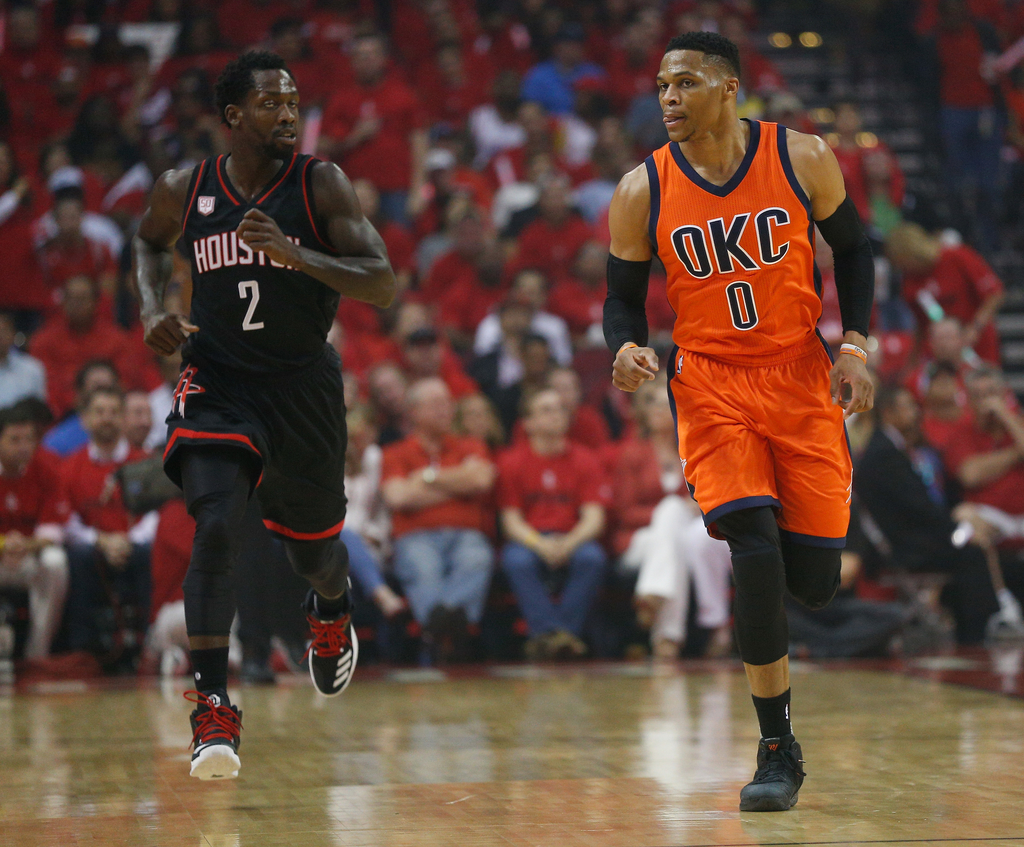 Russell Westbrook missed 17 of 23 shot attempts in Houston’s 118-87 Game 1 beatdown of OKC, but the Thunder superstar refuses to concede that Patrick Beverley (or any other Rockets defender, for that matter) had anything to do with his struggles.

Westbrook says he can do whatever he wants offensively, regardless of the type of defense he’s facing.

Russell Westbrook isn't giving up any inches, to anyone https://t.co/7XPEp4Ld1p

Russ played just 13 minutes in the second half, finishing with 22 points, 11 rebounds, seven assists and nine turnovers in the ugly loss.

“I never worry about what other guys are doing; it doesn’t bother me. I’ve seen it all already,” Westbrook said, when asked whether he’d broken down film of how Beverley defended him in Game 1.

Asked Tuesday whether he gets up for his games when he’ll be matched up against Beverley, who is likely to make an all-defensive team this season, Westbrook shrugged and questioned the premise of the question.

“He’s a good defender for their team, but I don’t worry about nobody, how they’re defending. I can pretty much do what I want to do.”