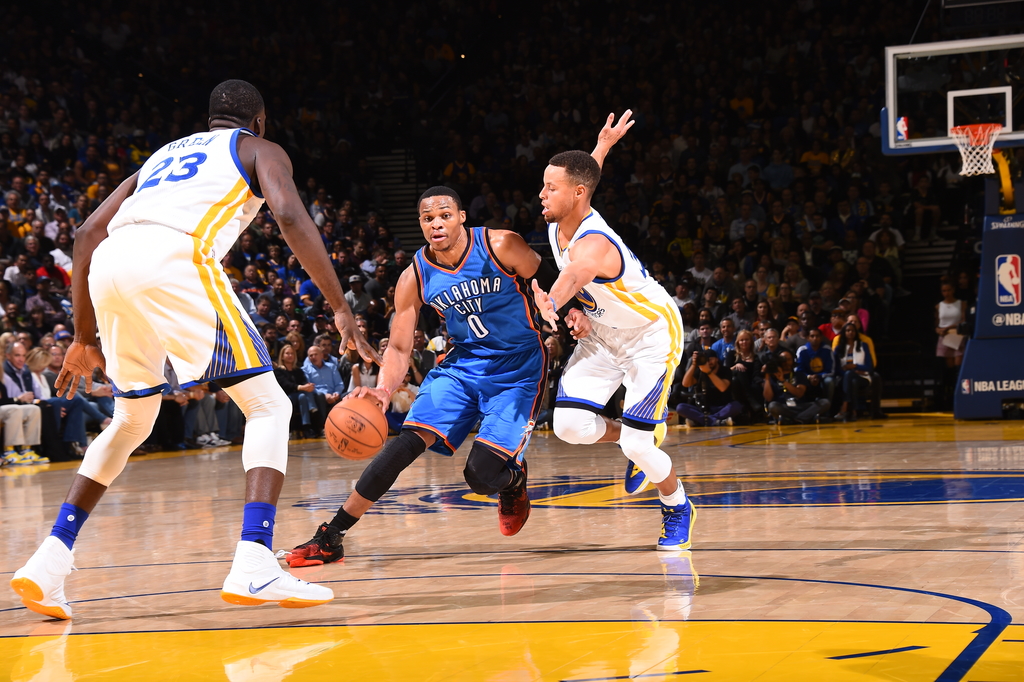 Kevin Durant got the better of his former team Thursday night, and emotions were running high between the OKC Thunder and Golden State Warriors.

Russell Westbrook let his play do the talking (20 points and 10 assists in the 122-96 loss), but did remark that the Dubs do quite a bit of yapping.

Russell Westbrook on how OKC handled the emotions, trash talk of Thunder-Warriors: pic.twitter.com/EOW6THLNu1

Kevin Durant on the on court trash talk: "No ill will" pic.twitter.com/l6nrHNlHnV

KD saved most of his vitriol for Enes Kanter and Thunder newcomer Jerami Grant (who stared Durant down after dunking on him.)

Together – Jerami Grant slams and yaps at KD, then KD with the layup plus one and the clapback pic.twitter.com/onujslwrWy

Kevin Durant on Enes Kanter trash-talking him: "I'm sure he'll put something on Twitter tonight" pic.twitter.com/OPot2gymVS

In the postgame, Kanter essentially no commented on what was said between he and Durant. “It’s just part of the game,’ he said. “I’m just gonna leave it there and keep going forward.”

Said Durant: “I know those guys over there, and they know me. Trash talking is part of it. I’m going to go out there and be who I am. If you talk , I’ll talk back. I don’t really say much, but if you start it, I’ll finish it. […] It is what it is. It was a fun game.”