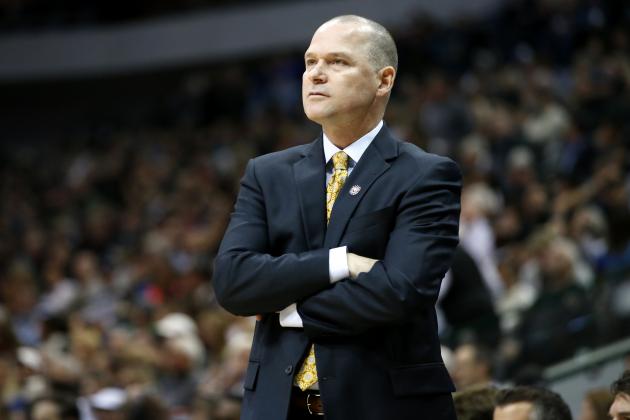 According to multiple reports, the Sacramento Kings relieved head coach Michael Malone of his duties Sunday night just 24 games into the season.

The (11-13) Kings have lost three in a row, stumbling with star center DeMarcus Cousins sidelined with a viral infection.

Assistant Tyrone Corbin will reportedly take over the head coaching duties in the interim. Malone — who had three years guaranteed on his $9.4 million deal, plus a team option for the 2016-17 season — clashed with the front-office.

Around the NBA, there’s a strong belief that general manager Pete D’Alessandro will pursue ex-Denver Nuggets coach George Karl, but a high-ranking Kings source insisted Sunday night that it is unlikely a full-time replacement will be hired during the regular season.

There has been significant tension between management and Malone on several fronts over the past year, and the firing ultimately turned out to be another cautionary tale in what happens when ownership doesn’t put together management and coaching staffs that have similar philosophies and a shared partnership.

Owner Vivek Ranadive has wanted the Kings to play a faster style of basketball, and D’Alessandro – who has worked with Don Nelson in Golden State and Karl in Denver – has sought a similar style. Ranadive has been a hands-on owner and expected the Kings to compete for the playoffs this season. After a 9-6 start, Cousins had been lost for nine games with viral meningitis but his absence couldn’t save Malone. […] Over the summer, Malone, who had been hired before D’Alessandro on June 3, 2013, had believed that a slow start could cost him his job, league sources said. Management interviewed candidates for his top assistant job, but Malone ultimately hired his preferred candidate, Corbin, the ex-Utah Jazz coach. Malone doesn’t believe Corbin undermined him, sources said.