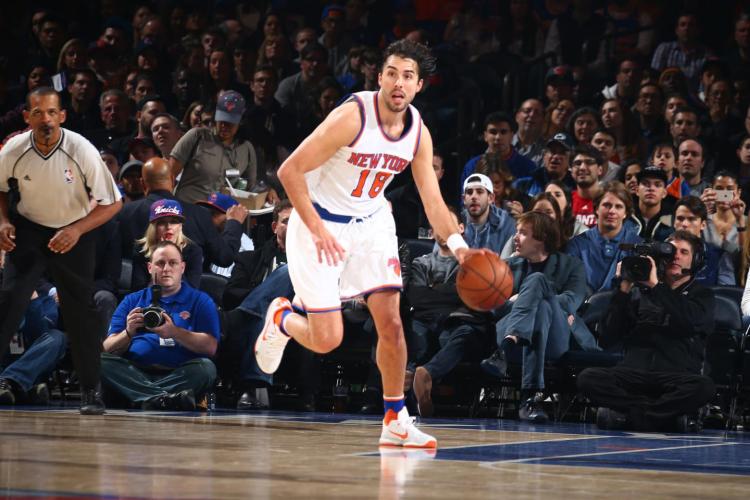 The New York Knicks, per multiple reports, are bringing back Sasha Vujacic.

The 32-year-old has reached an agreement on a one-year contract for the veteran’s minimum.

With just four guards on the roster, the Knicks needed more depth in the backcourt and only have minimum contracts to offer free agents. Vujacic, 32, can play both guard positions and is well-versed in the triangle offense, which the Knicks will continue to run under new coach Jeff Hornacek with some tweaks to accommodate his desire to play up-tempo and mix in some pick-and-roll sets.

Vujacic started his career with the Lakers and won two championships playing under Phil Jackson, who is now the Knicks’ president. Jackson brought in Vujacic last season for depth, some feistiness off the bench and to help the players with the triangle offense.