Scott Brooks: ‘[John Wall and Brad Beal] Are Like Brothers’ 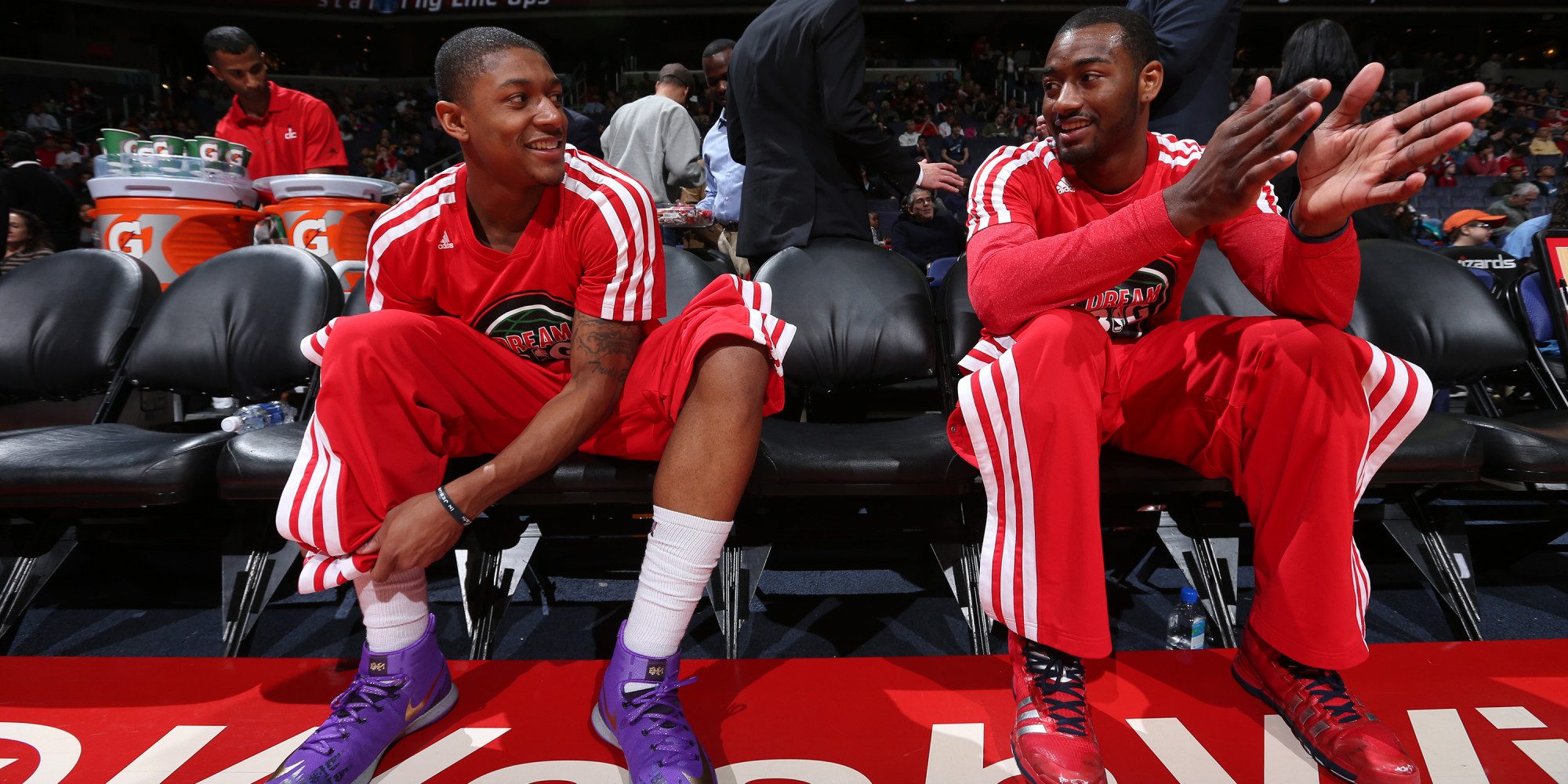 The relationship between John Wall and Bradley Beal has been one of the bigger stories of the offseason. In August, Wall said that he and Beal “have a tendency to dislike each other on the court,” which raised red flags amongst Wizards fans and became fodder for talking heads during the NBA’s dead period.

One person who isn’t worried about the chemistry between the team’s most important players is new coach Scott Brooks, who dealt with two young stars while in Oklahoma City.

“Two things I noticed about both of them: They’re very competitive, and they care about their teammates. When you have those two qualities, you will never have problems with me as the coach and you’ll never have problems with your teammates,” Brooks said. “With that being said, they’re like brothers, and you’re going to have arguments. If you don’t have an argument as an NBA team, that’s odd.”