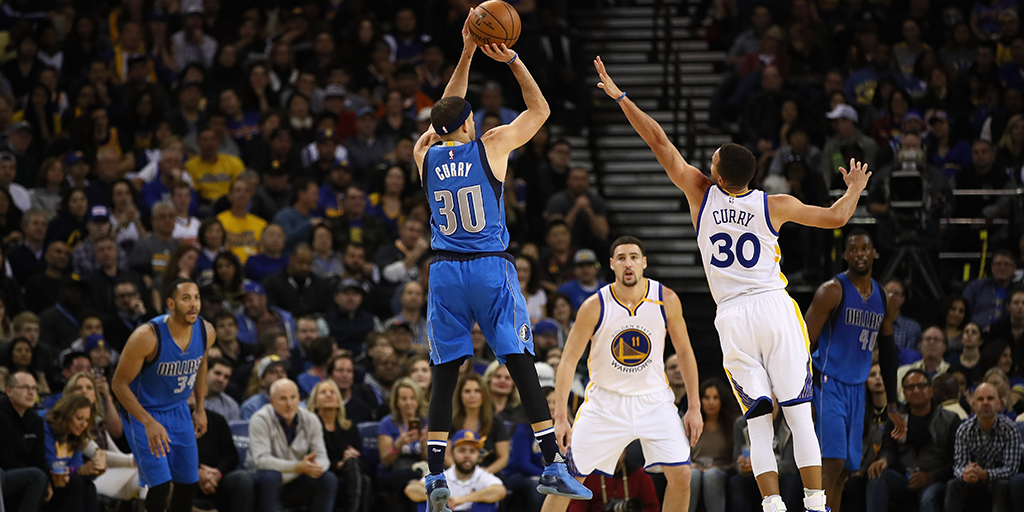 Stephen Curry moved into fifth all time on the NBA Playoffs Made Three-Pointers list last night, but ask his family members and he’s not even the best shooter in the Curry household.

Little brother Seth Curry was on Fox Sports 1’s Undisputed this morning and was asked if he was a better shooter than Steph and replied “I think so.”

Seth also said that he and his brother split one-on-one games and shooting games “50-50” in the backyard when they were kids. This past season, the younger Curry shot a higher percentage from three than his older bro. But Stephen hit an NBA-high 324 long-distance shots, while Seth made 137.

Only way to settle this one is with a three-point contest at All-Star Weekend.