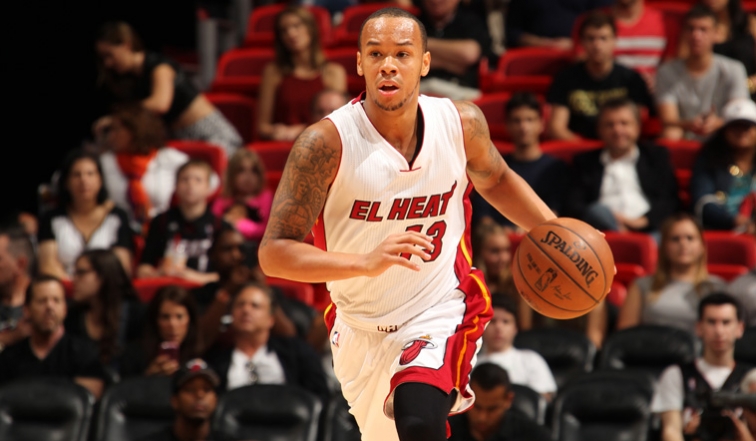 The Miami Heat announced Wednesday that rookie guard Shabazz Napier is done for the remainder of the season, after undergoing surgery to repair a sports hernia.

The injury-plagued Heat have had three players go down with season-ending procedures.

Napier was a semi-regular part of the Heat’s rotation until March 9. That’s when playing time dried up almost completely for the rookie the Heat drafted partly because former Heat player LeBron James expressed interest in the University of Connecticut’s star point guard. It was this time last year that Napier was leading the UConn Huskies to an NCAA Tournament championship. He was the Most Outstanding Player of the 2014 Final Four, and it was at that time that James commented on Twitter that Napier would be the best point guard in the 2014 NBA Draft.

Napier played in one game for just 10 minutes since March 9. The loss of the Heat’s first-round draft pick to surgery is just the latest stunning inury news for a franchise enduring a season of suffering. The team has experienced one setback after another ever since James left for the Cavaliers, who the Heat plays on Thursday in Cleveland. Following James’ free agency, the Heat built its roster around (Chris) Bosh, who re-signed with the team for a max contract, Napier and free agents (Josh) McRoberts and Luol Deng. Bosh, Napier and McRoberts are now out for what remains of the season (eight games), and Deng missed Tuesday’s loss to the San Antonio Spurs with pain in his left knee.