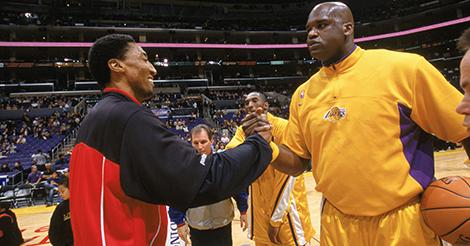 We were all thankful that the ridiculous Shaquille O’Neal-Scottie Pippen social media feud had come to an end.

Shaq went on the offensive again Monday, childishly lashing out and accusing Pip of instigating the war of words.

Using tortured metaphors, an emotional O’Neal made it clear that this fight is far from over, since he has “nothing to do.”

“Yeah he as a great player,” O’Neal continued. “But I’m the bridge and he is the water.”

“He will always be under me.”