The Cleveland Cavaliers beat the New York Knicks 90-87 in New York City last night. After the game, near the end of the players’ media availability, a reporter asked Cavs forward Shawn Marion about head coach David Blatt’s gregarious personality, and seemingly smooth handling of the media so far this season. Marion, being in a good mood after a big win, responded by delving into a strange, but honest, rant about the media circus that surrounds the team this year.

“I speak the truth. I’m not going to sit here and bite my tongue for nobody. I’m a grown-ass man. [Laughs] I understand that sometimes you’ve got to be politically correct to a certain degree but if you respect me, I’ll respect you, too. I think when you try to, you know, bad mouth people or say things to get us to say things that ain’t true, it puts a bad taste in your mouth. 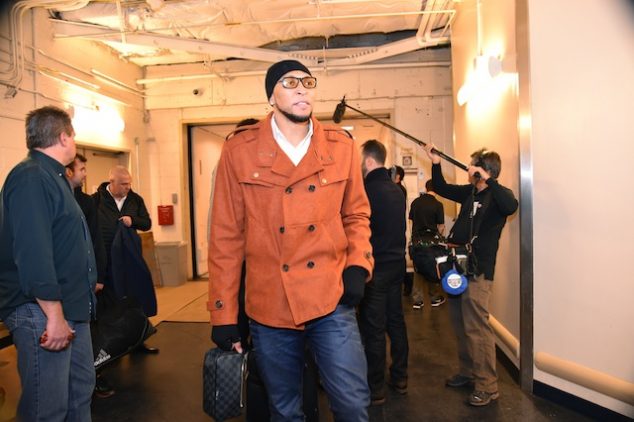 After declining to share the craziest question he’s ever been asked in his NBA career, Marion ended his rant with this:

“I understand y’all here. I understand, I look good. [Laughs] Not much I can do about that. It’s God-given ability. That’s just what it is.”

The media circus surrounding the Cavaliers will only intensify as we get deeper into the season. Here’s hoping someone keeps a live mic on Marion at all times.

Cavaliers Could Have Several Suitors For Kevin Love