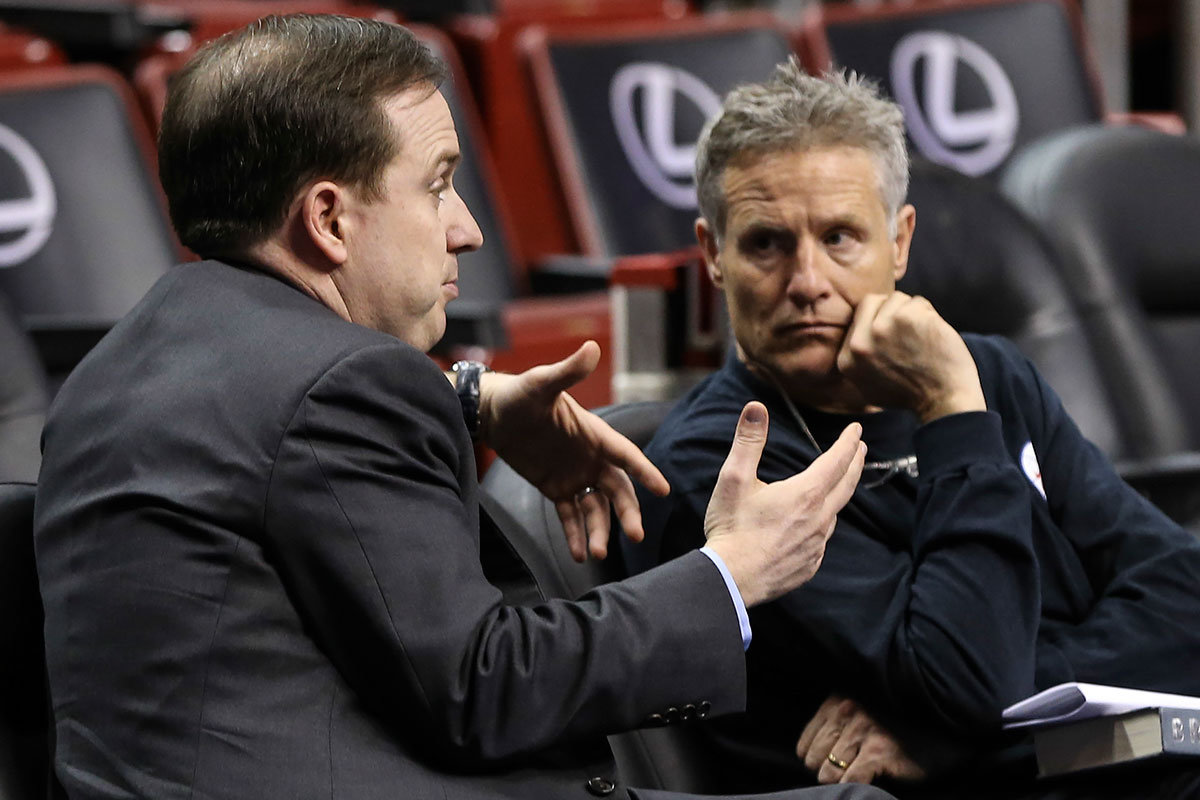 In a rambling, 13-page manifesto, Sam Hinkie stepped down as the general manager of the Philadelphia Sixers and a stunned Brett Brown was furious.

Brown, the man Hinkie brought on to coach this moribund squad, tried to be diplomatic in his chat with reporters about Hinkie’s sudden departure.

Philly is expected to hire Bryan Colangelo as its new GM.

Sam Hinkie quit on The Process. The Philadelphia 76ers threw a pizza party. […] No, the two events were not related, though it was a bit peculiar to find the team’s practice facility festooned with balloons as select season-ticket holders gorged on food a day after perhaps the most bizarre departure in 76ers history.

“He obviously felt like this was not something he wanted to be a part of,” Brown said Thursday. “He didn’t want to be a part of the collaborative effort.” […] Brown decided to stick out this elongated rebuild and was rewarded — rewarded? — earlier this season with a contract extension. Hinkie was hired by owner Josh Harris in 2013 to find a creative way to turn the Sixers into winners. Hinkie’s plan — gut the roster of any solid NBA talent, shred payroll and stockpile draft picks to build for the future — had the initial backing of ownership.

Hinkie doesn’t exactly leave behind a barren cupboard — Nerlens Noel, Joel Embiid, Jahlil Okafor and overseas prospect Dario Saric still have potential on the court or as trade bait, the Sixers have about $60 million in salary cap space, and they could have up to four first-round picks in the 2016 draft. Even without Hinkie in place, Brown’s job is safe. […] “I know he’s taking his hits all over the place,” Brown said. “But he hired me. I was his partner.”