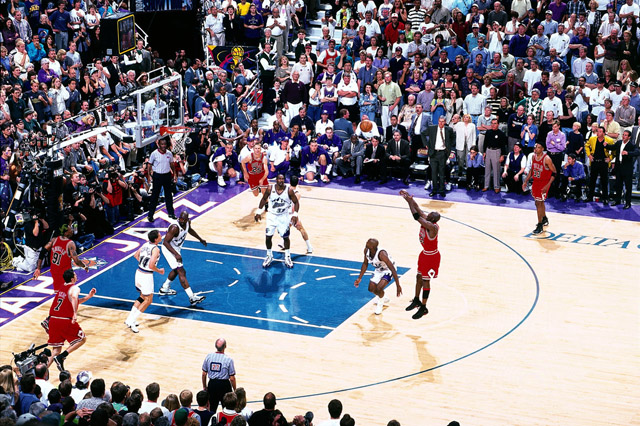 The MJ issue is getting major play on NYC newsstands now (read more about the issue here, and/or order it directly here), and everyone else’s MJ fever is heating up as well. Got a nice email from my man Brad with Gatorade this morning, officially crowning us the champs of their Facebook-hosted contest. As Brad put it, “You had 4,349 votes compared to second-place 1,328 votes. Wow. Like Wilt scoring 50 a game for the season vs. the next guy’s 28.  :)”

Besides gloating, I wanted to direct people back to that Facebook page because from their you can bid for one of the special seventh bottles, with all proceeds going to the Make-a-Wish Foundation. It’s not the only do-gooding associated with this contest, either. For participating, Gatorade let SLAM choose two charities we wanted to get $500 each. We went with Hoops 4 Hope, and College Summit, and I wanted to thank Gatorade for making those donations.

There are other ways to get one of these limited-edition bottles as well. One is to follow Gatorade’s Twitter page, where they’re running MJ Trivia for the chance to win. The other is to keep coming back here, as we’ll have five of the bottles to give away after the induction, so stay tuned for that.

By the way, there will be yet another MJ contest tomorrow, and while it is related to food/drink, Gatorade is not involved. Stay tuned…