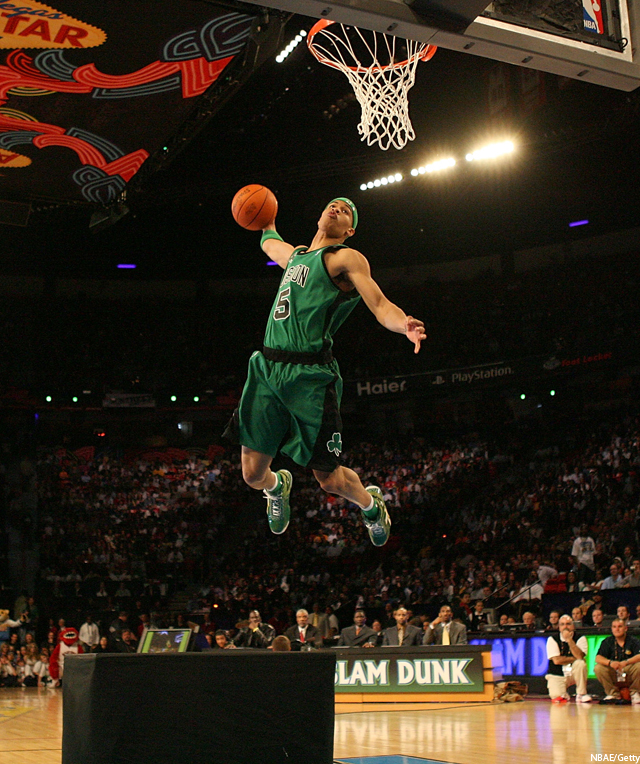 Wanna hear something weird? I had no idea until just now that Gerald Green was 6-8. Not until I looked up his bio on NBA.com. For some reason I just figured he was 6-5, 6-6. And to make things even weirder, I’ve met the guy. Stood next to him. For some reason it just didn’t stick.

Maybe it’s just the way he plays—and the way he dunks—flying from one end of the court to the other, easily keeping up with the fastest guys on the floor and finishing what they start. Turning missed layups into facials for slow-to-react power forwards.

Still, I should have known. After all, the guy Green channeled most in the ’07 Dunk Contest (besides Dee Brown, of course), was Clyde “The Glide” Drexler, he of the smoothest windmills known to man. And Glide was—still is—6-7. One can most certainly be tall and graceful.

If anything, maybe Green’s extra inches were to blame for his criminally low scores during the contest. Double G earned a 50 on only one dunk—this, the contest-ender—despite pulling off some truly other shit earlier in the contest. As for this last one, pull away the table and you’ve basically got the classic Drexler windmill—legs tucked, head at the rim, perfect rotation. 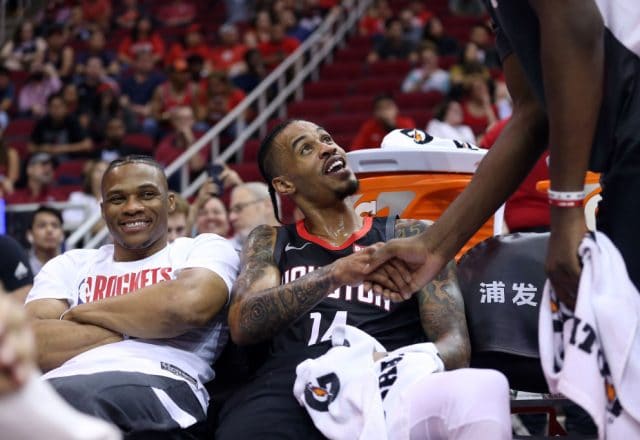 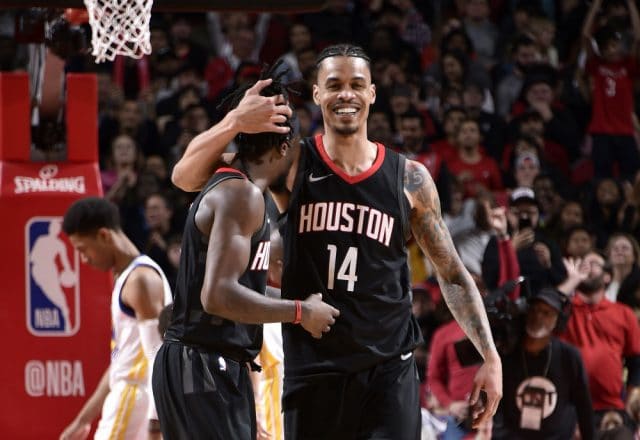 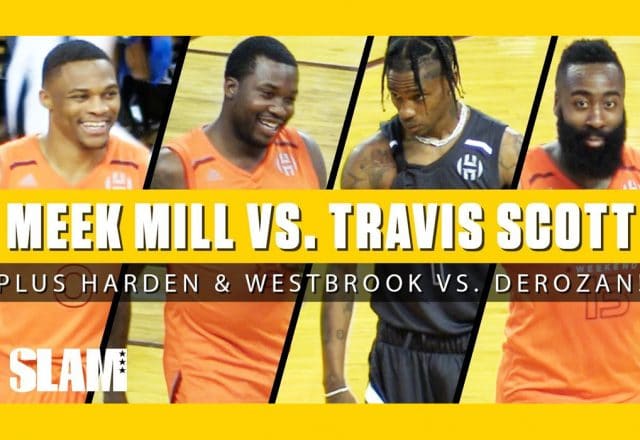