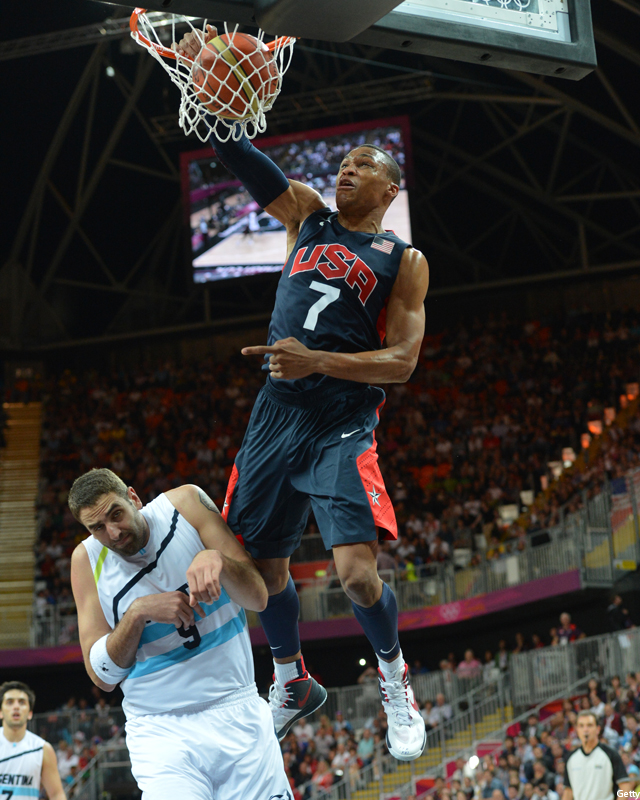 Kevin Durant suspected something was up when he saw his OKC teammate suiting up before Team USA’s game vs Argentina in the final match of the Olympic prelims. “Yo, Russ, why’s your jersey on backwards?” Westbrook looked down in surprise before sheepishly turning it around. “Well, um, you know how they say you’re supposed to play for the name on the front?”

“So in the relay,” Usain Bolt explained, “you run as fast as you can, then pass the baton off to the next guy.” Westbrook looked on quizzically, as everyone else nodded. “Why would you want to do that?”

Russell Westbrook was just 11 years old when Vince Carter leapt over Frederic Weis, vaulting himself into Olympic lore. This is an impressionable age. So when he caught a pass up top with much of the Argentina squad in the lane, he didn’t need to think twice. Or once, really. One dribble, one souvenir poster for Mr. Gutierrez. Now that’s the passing of the baton.