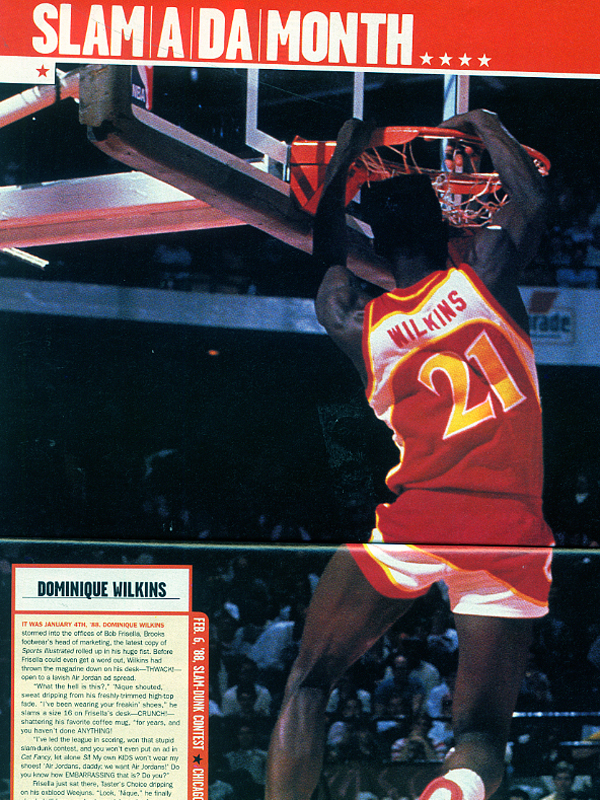 It was January 4th, ‘88. Dominique Wilkins stormed into the offices of Bob Frisella, Brooks footwear’s head of marketing, the latest copy of Sports Illustrated rolled up in his huge fist. Before Frisella could even get a word out, Wilkins had thrown the magazine down on his desk—THWACK!—open to a lavish Air Jordan ad spread.

“What the hell is this?,” ‘Nique shouted, sweat dripping from his freshly-trimmed high-top fade. “I’ve been wearing your freakin’ shoes,” he slams a size 16 on Frisella’s desk—CRUNCH!—shattering his favorite coffee mug, “for years, and you haven’t done ANYTHING!

“I’ve led the league in scoring, won that stupid Slam Dunk Contest, and you won’t even put an ad in Cat Fancy, let alone SI! My own KIDS won’t wear my shoes! ‘Air Jordans, daddy; we want Air Jordans!’ Do you know how EMBARRASSING that is? Do you?”

Frisella just sat there, Taster’s Choice dripping on his oxblood Weejuns. “Look, ‘Nique,” he finally pleaded. “I know you’ve been doing a lot for us, and I know we haven’t exactly made you a household name, but we’re going to do something about it.” Wilkins sat down. “If you win the Dunk Contest this year,” Frisella said, “we’ll do a national campaign. SI, NBC—we’ll even get you a recurring spot on Miami Vice. Anything you want.”

Wilkins stood, picking his shoes off of Frisella’s now-soggy desk. “Uh, sorry about that, Bob,” he said. “But you oughta know, I’ve got some new stuff this year. Better start mapping out that campaign.”

Fast-forward to Chicago. The Slam Dunk finals. Wilkins in the corner, on the threshold of achieving the impossible—dethroning Jordan on his home court. Wilkins has scored perfect 50s on his first two dunks of the final round. Jordan a 50 and a 47. A 48 on this, Wilkins’ last dunk, and it’s all over. And he’s about to break out some never-before-seen shit.

Two dribbles, two steps, three feet straight up, legs up, two-handed windmill. Breakaway cracks like a gunshot. Wilkins ambled to the bench, took pounds from Cadillac and Clyde, waited for the score. A 45. Forty-five?? He sat back, stunned. “Who?” he thought desperately. “Who could have dissed that?” He looked over at the judges’ table, as Jordan unleashed his second free-throw line 50, the dream shatterer. Frisella just looked up from his scorecard and waved. 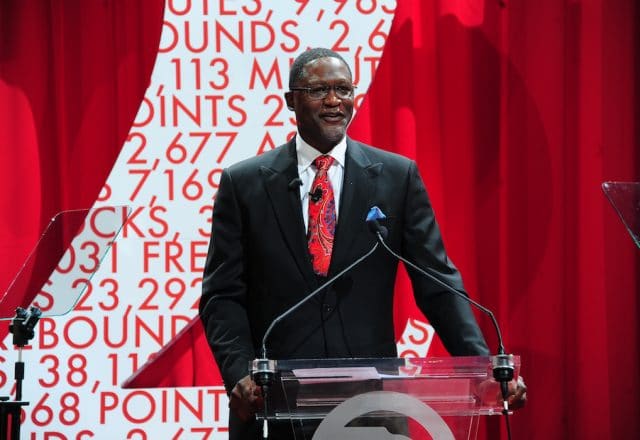 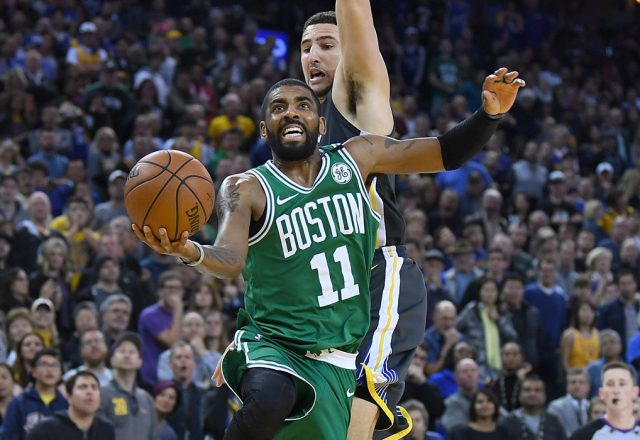 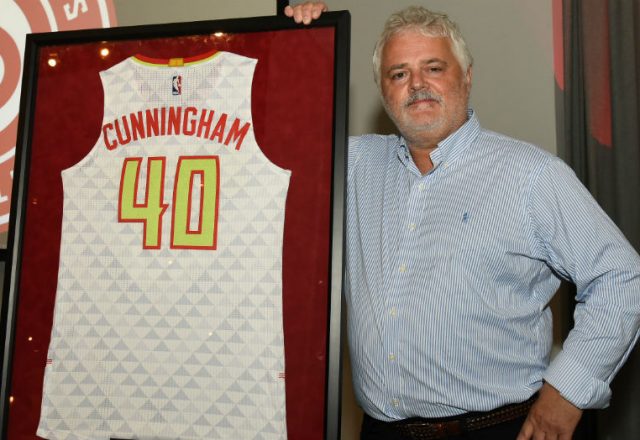 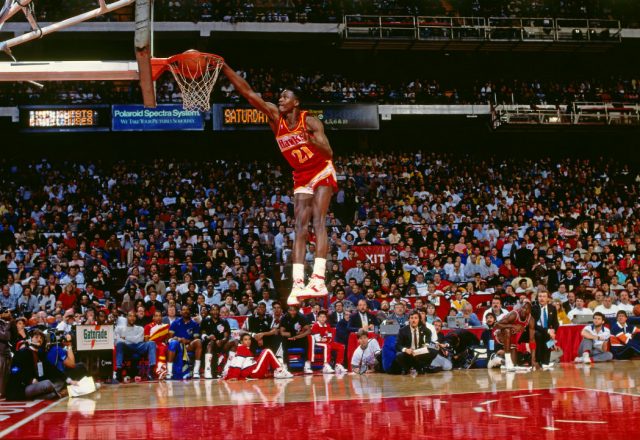 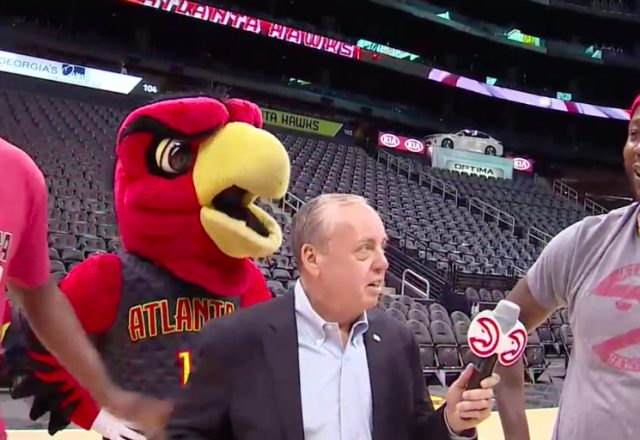