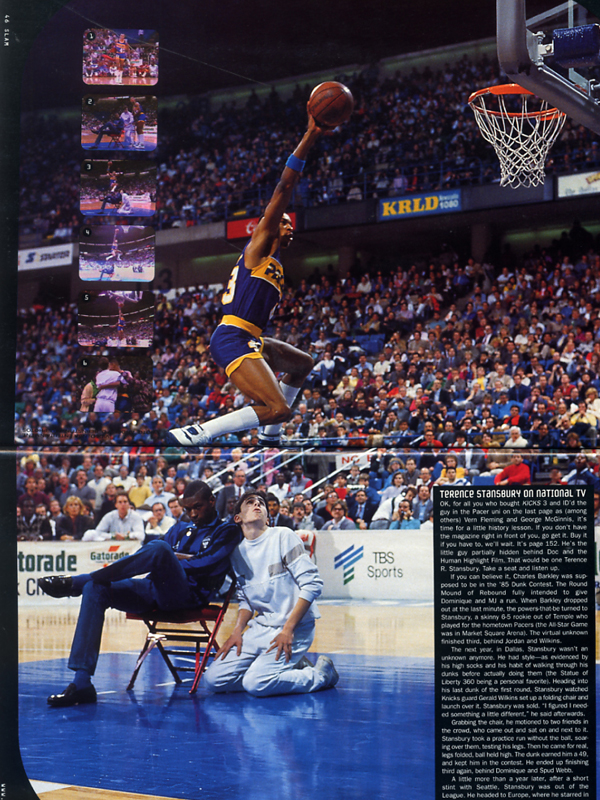 OK, for all you who bought KICKS 3 and ID’d the guy in the Pacer uni on the last page as (among others) Vern Fleming and George McGinnis, it’s time for a little history lesson. If you don’t have the magazine right in front of you, go get it. Buy it if you have to, we’ll wait. It’s page 152. He’s the little guy partially hidden behind Doc and the Human Highlight Film. That would be one Terence R. Stansbury. Take a seat and listen up.

If you can believe it, Charles Barkley was supposed to be in the ‘85 Dunk Contest. The Round Mound of Rebound fully intended to give Dominique and MJ a run. When Barkley dropped out at the last minute, the powers-that-be turned to Stansbury, a skinny 6-5 rookie out of Temple who played for the hometown Pacers (the All-Star Game was in Market Square Arena). The virtual unknown finished third, behind Jordan and Wilkins.

The next year, in Dallas, Stansbury wasn’t an unknown anymore. He had style—as evidenced by his high socks and his habit of walking through his dunks before actually doing them (the Statue of Liberty 360 being a personal favorite). Heading into his last dunk of the first round, Stansbury watched Knicks guard Gerald Wilkins set up a folding chair and launch over it. Stansbury was sold. “I figured I needed something a little different,” he said afterwards.

Grabbing the chair, he motioned on two friends in the crowd, who came out and sat on and next to it. Stansbury took a practice run without the ball, soaring over them, testing his legs. Then he came for real, legs folded, ball held high. The dunk earned him a 49, and kept him in the contest. He ended up finishing third again, behind Dominique and Spud Webb.

A little more than a year later, after a short stint with Seattle, Stansbury was out of the League. He headed to Europe, where he starred in France, Greece and Belgium. In ‘96, he averaged 27.6 for Levallois (France), and as far as we can tell, at 39 he’s still playing. 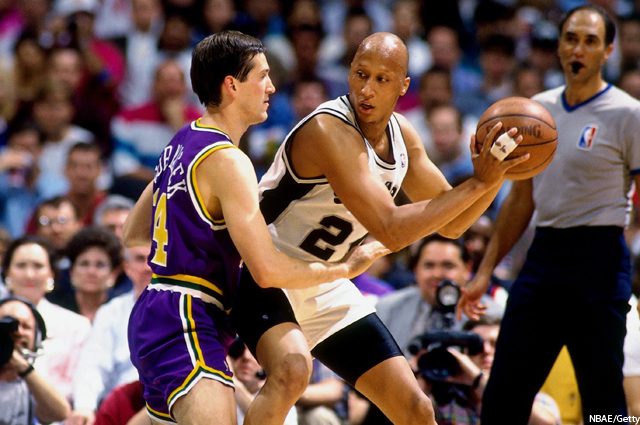 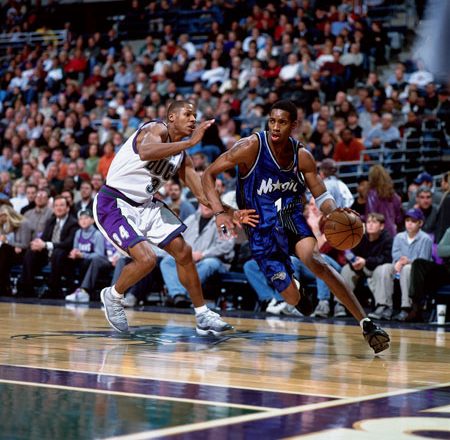 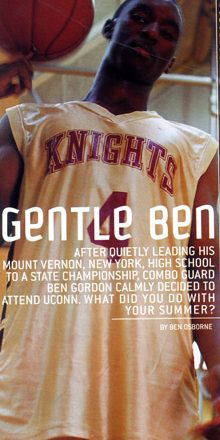 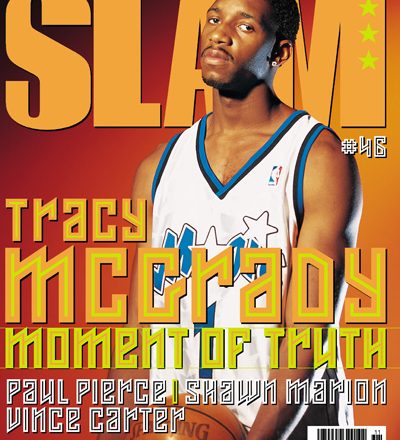