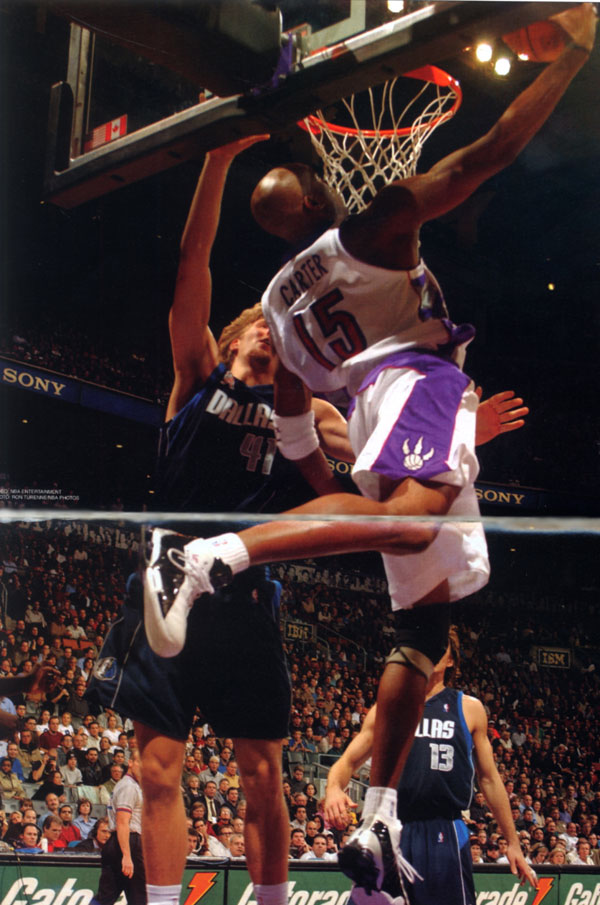 Most important of all, you can’t spell “Vince Carter took off flying through the air and threw down right in Dirk Nowitzki’s goateed grill” without using, “Whew, was I frickin’ totally uncreative right there (and not too good, right?),” which, coincidentally, I just was.