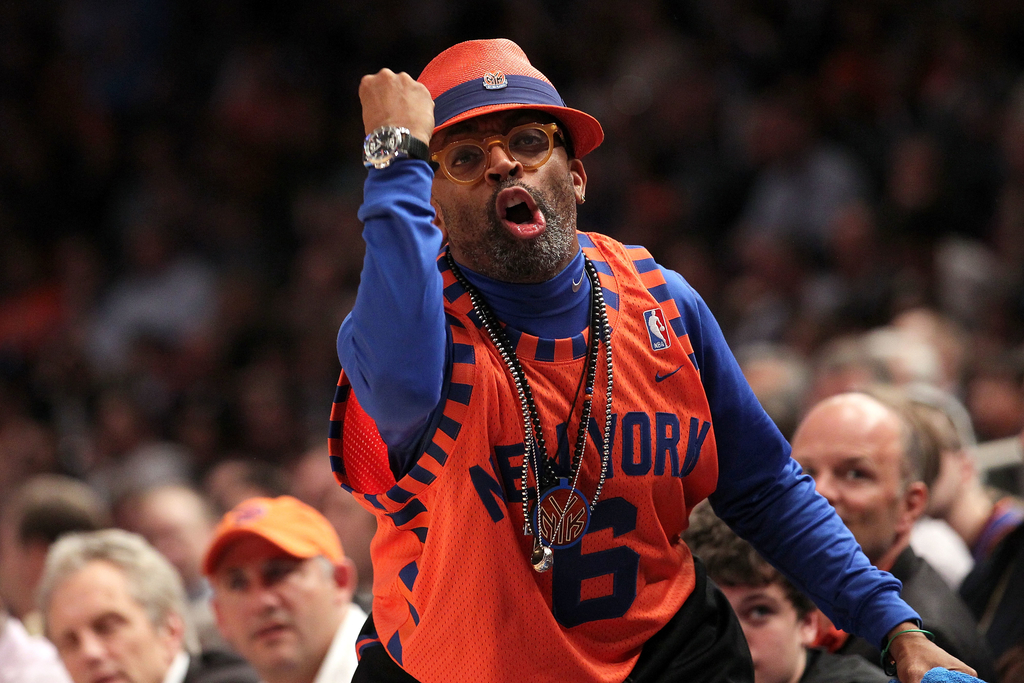 Spike Lee is on Carmelo Anthony’s side in his ongoing feud with team president Phil Jackson.

Melo continues to take the high road, and armed with a no-trade clause, seems determined to outlast Jackson in Gotham:

“I’ll pack Phil’s bags for him,” Lee told Tencent-ESPN’s Steve Zeng. “I think I still believe in Carmelo, but Phil Jackson is making it very difficult for him,” Lee said on Wednesday.

(Jeff) Hornacek has acknowledged that the trade talks were initially a bit of a distraction to players. He said Wednesday that Jackson’s tweet was another distraction but said he didn’t believe it sidetracked the Knicks, who are now 22-32.

Anthony largely shrugged off Jackson’s latest barbs after the Knicks’ loss to the Clippers, saying he didn’t care to ask Jackson’s motivation and was focused on trying to win games. […] “I told you once, I’ll tell you again, I’m in that building every day,” Anthony said. “Until something is said to me directly, then I’m not going to feed into it.”