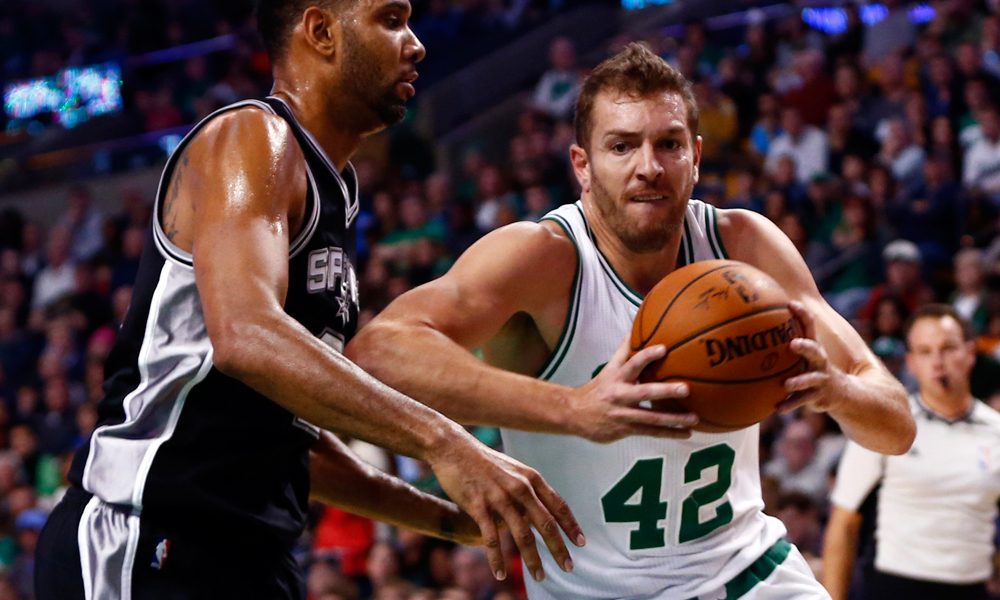 Free agent forward David Lee has come to terms on a two-year pact with the San Antonio Spurs, according to his agent Mark Bartelstein.

Lee, 33, signed for the veteran’s minimum and will have a player option on the second year of the deal.

The big man will come off the bench for LaMarcus Aldridge and Pau Gasol.

General manager “R.C [Buford] and coach [Gregg] Popovich put a lot of time and energy to give David a visual of how much they wanted him and would use him,” Bartelstein said. “A lot of people talk about taking less money, and not many people do it, so the Spurs get a lot of credit for selling David on joining their organization.”

Lee, 33, has played 11th season out of Florida and has career averages of 14.2 points, 9.2 rebounds and 2.3 assists. After working with the Golden State Warriors on a deal to send him to Boston last offseason, Lee agreed to a buyout with the Celtics in February and became a free agent.

In 25 games for the Dallas Mavericks to close the regular-season season, Lee averaged 8.5 points and seven rebounds in 17.3 minutes a night.