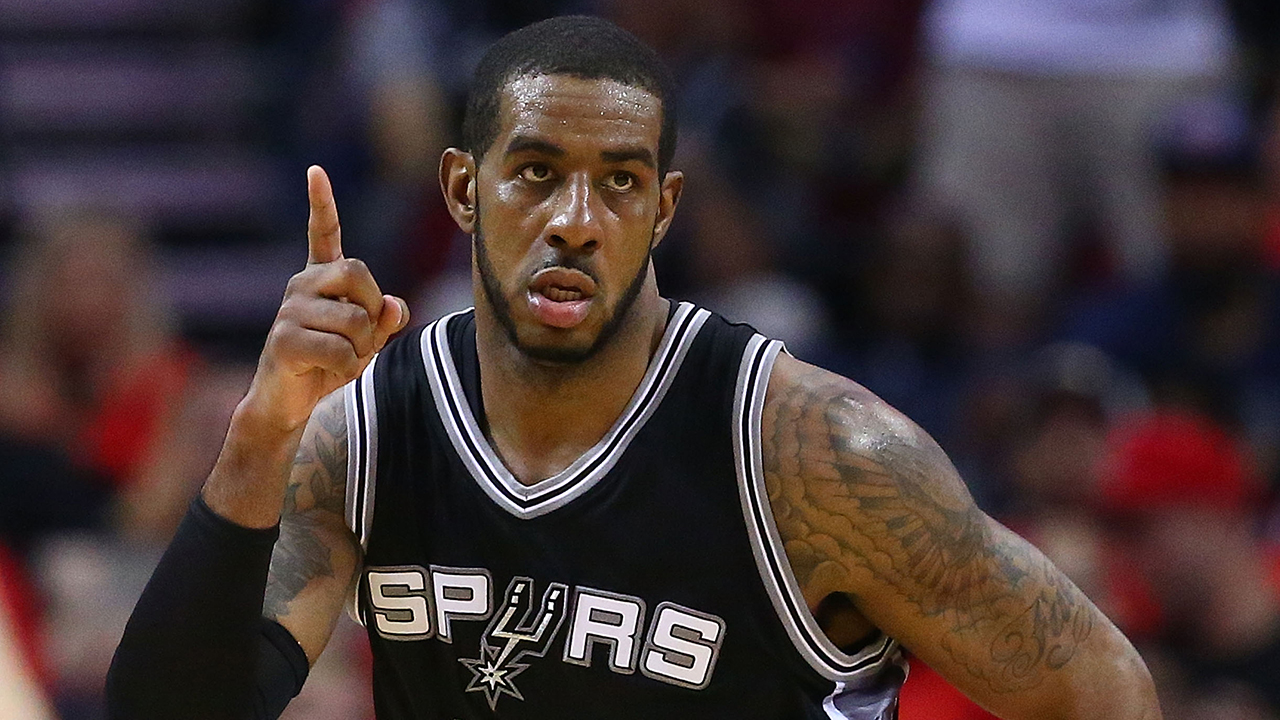 The San Antonio Spurs are reportedly looking to trade LaMarcus Aldridge for a top-10 pick in advance of the 2017 NBA Draft.

The Spurs have spoken to at least three teams about dealing Aldridge, who will make $21.4 million next season and can opt out of his deal in 2018.

The San Antonio Spurs, in pursuit of a top-10 pick in Thursday’s NBA draft, have spoken to at least three teams about a possible trade involving power forward LaMarcus Aldridge, sources confirmed to ESPN. […]

For the Spurs, working to consummate a trade now is more advantageous than potentially losing Aldridge after next season with no compensation in return.

In addition to Aldridge, the Spurs have reportedly made Danny Green available in attempt to clear the cap space necessary to sign a marquee player this summer.

Question is, who would Spurs target in FA if they can clear space? CP3? Or Derrick Rose? They have strong interest in both.