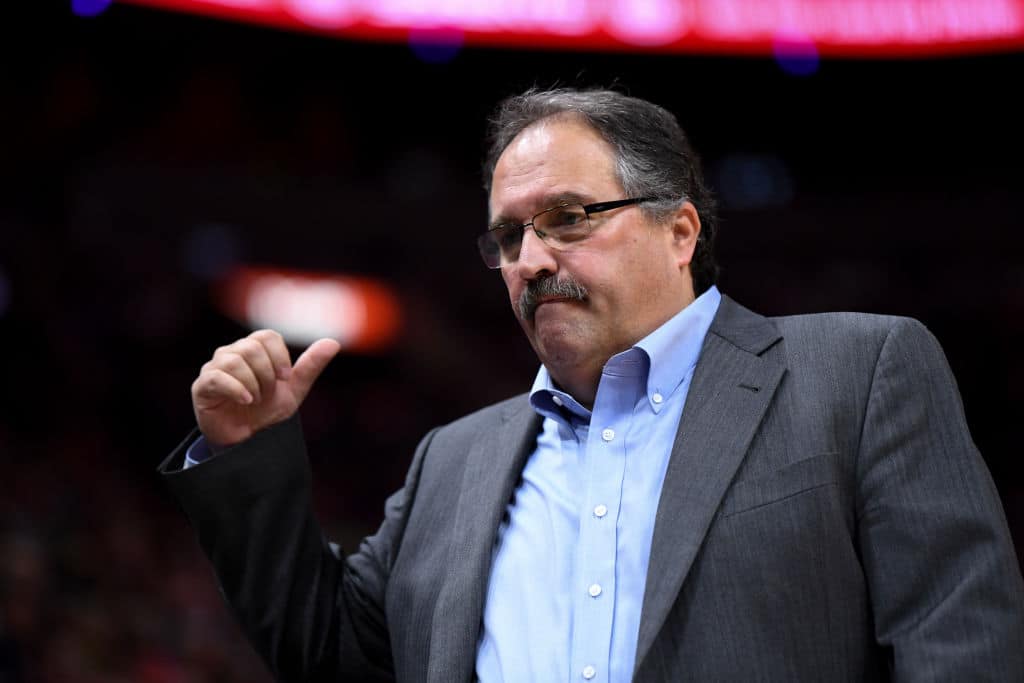 SVG vows not take part in any interviews when ESPN televises the Jan. 19 matchup between the Detroit Pistons and Washington Wizards.

Regard ESPN game vs. #Wizards on Jan. 19, #Pistons SVG said he wrote in an e-mail to Adam Silver: "I'm not meeting with their announcing crew before the game, I'm not doing in-game interview. I’m not going to participate in the thing." https://t.co/loReL7WH27

Van Gundy and other coaches came to Luke Walton’s defense following the publication of an article in which Ball criticized the Los Angeles Lakers’ bench boss.

“I thought it was a cheap shot and I thought ESPN showed total disrespect,” Van Gundy said Monday at Smoothie King Center, where the Pistons will face the New Orleans Pelicans later in the day.

“I don’t have a problem with LaVar Ball. He’s a grown man. He can voice whatever opinion he wants. I got a problem with ESPN deciding that’s a story.”

In the e-mail, Van Gundy threatened non-cooperation when it comes to the extra access given to TV. ESPN will televise the Jan. 19 matchup with the Pistons and Washington Wizards.

“I’m not meeting with their announcing crew before the game, I’m not doing the in-game interview,” Van Gundy said. “I’m not going to participate in the thing.”