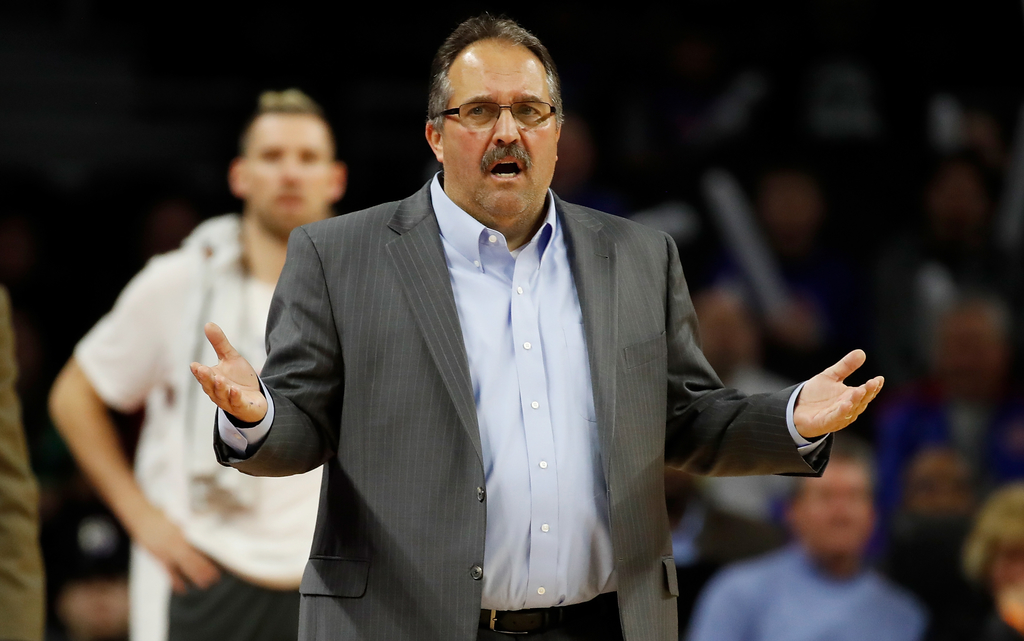 Stan Van Gundy is no fan of Donald Trump’s policies; the Detroit Pistons head coach says he’s terrified by them.

SVG ripped into the U.S. president’s controversial immigration ban, warning that the country is “getting back to the days of putting the Japanese in relocation camps and Hitler registering the Jews.”

Van Gundy argues that Trump’s executive order will not make America any safer.

“It’s starting to get into really, really scary stuff now,” Van Gundy told reporters (Monday) morning at the Equinox Sports Club after the walkthrough to prepare for the Boston Celtics.

“We’re getting into the days of now we’re judging people by their religion, trying to keep Muslims out. … None of those seven nations have been responsible for an American death, but we’re barring everybody. It’s just playing to people’s fears and prejudices and everything else, and we’re getting back to the days of putting the Japanese in relocation camps and Hitler registering the Jews. That’s where we’re headed, and it’s just fear-mongering and playing to a certain base of people that have some built-in prejudices that aren’t fair.

“There’s no reasonable reason to do it,” Van Gundy said. “If they haven’t been responsible for a single American fatality, how is doing it making us safer? And the answer, obviously, it’s not. But to some people, it sounds good. And if you’ve got a prejudice against Muslims, in general, it sounds really good.”