Stanley Johnson on LeBron James: ‘I Have a Target on Him’ 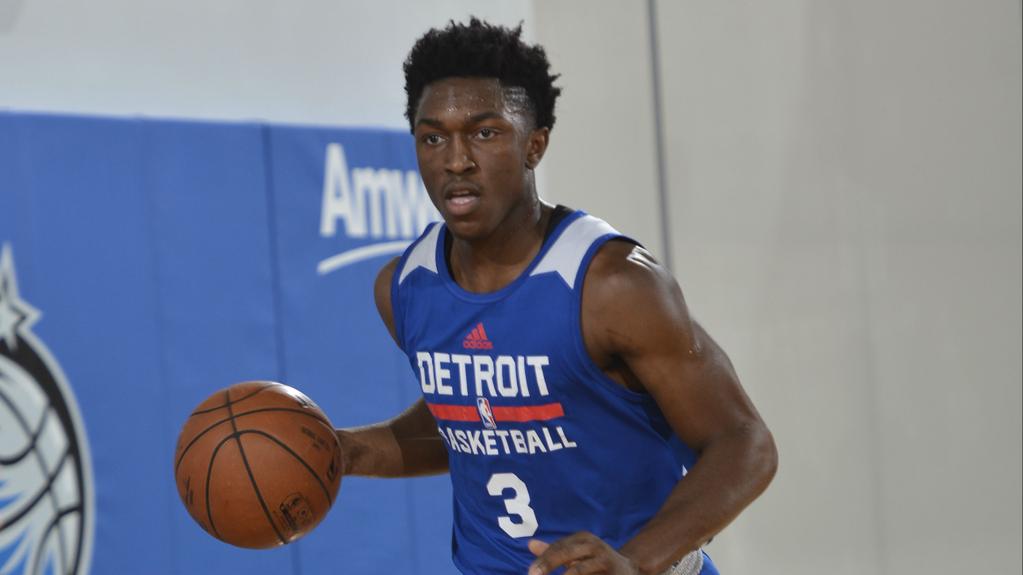 The 19-year-old says he’s up for the challenge.

The summer league crowd has been looking forward to Monday’s scheduled matchup between Stanley Johnson and Justise Winslow. […] There’s plenty of intrigue and backstory. Detroit took Johnson with the No. 8 pick in the June 25 draft, allowing Winslow to slide to Miami at No. 10. Did the Pistons make a mistake? Will the Heat rookie seek to prove them wrong?

Never mind that the pair are long-time friends. They ate dinner together Saturday night and planned to take in a movie Sunday and couldn’t care less about the so-called showdown. […] Besides, after a silky smooth and effective 24 points and nine rebounds in the Pistons’ 77-69 win over the Clippers on Sunday at the Orlando Pro Summer League, Johnson has his sights set on bigger game than a rookie buddy he’s played with an against about a dozen times.

“Play against LeBron [James] — that means something,” Johnson said flatly. “He is the best player in the league and I want to be the best player in the league too, so I have a target on him. I will keep reaching for that goal. … He is a team player so I have to be a better team player to be on the same level as him. Did you see that Game 6 against Chicago where he had like 14 points and 14 assists and controlled everything? The best players win a lot of games, so it is not about your points or your rebounds.”