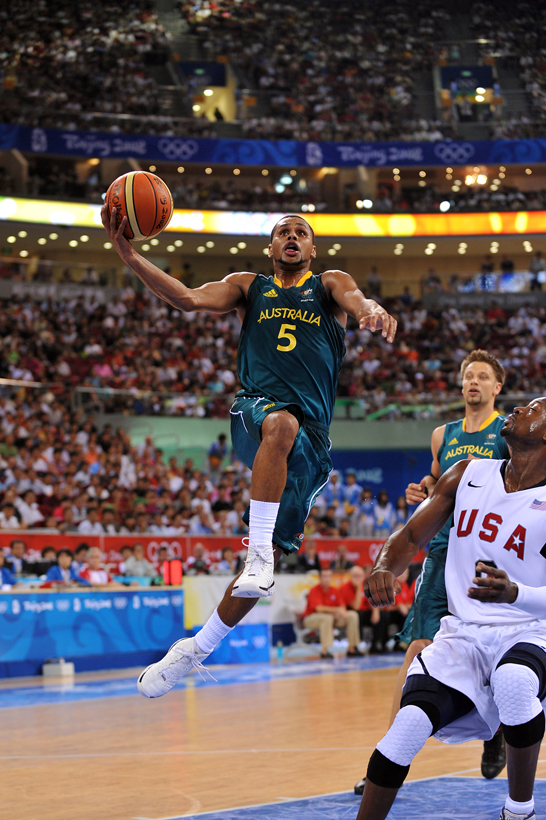 While SLAMonline generally focuses on basketball in the contiguous 48 states (and Toronto too!), we certainly recognize the game’s rapid international expansion. So it’s with a warm welcome that we offer the first of two two pieces regarding the state of Australian basketball.

For the precious few who hold the distinction of being both Australian and a basketball tragic (I proudly tick both boxes) then your life is met with one simple fact: The country of your origin and the game of

your devotion do not have a harmonious relationship.

So when I was asked to write a piece about the state of Aussie hoops, I was faced with a decision – write this as a credible journalist (after all, that’s what I’m striving for, right?) or write this is an angry, bitter and frustrated fan ready and willing to go Artest on those who I feel are responsible for what it has become.

All anyone needs to know is the game is at a crossroads here in Australia. Then again, it’s been at a crossroads for going on a decade. Crazy part is, our national teams are very good (the women are perennial Olympic silver medalists while the men are on the rise), more youth hoop now than ever, and FIBA has Australia ranked as the second-best basketball nation in the world (behind You Know Who) defies logic when you consider the level of despair the game is currently carrying with it in its own country.

So what’s the problem?

As the sole provider of basketball coverage in Australia, Handle Magazine editor Brad Graham has a fair idea: “The game is very healthy on the national level and at the grassroots level. It’s the in-between–the professional league–where the problems are.”

That professional league, the NBL, is so poorly configured that a reform has been created with hopes to make basketball relevant in Australia again. The Australian Sports Commission proposed reforms–highlighted by a smaller league, aggressive promotion, better sponsorships, community relations and overall structure–are a good idea. In theory. But as Graham added, “the right structure is irrelevant with the wrong people.”

The NBL turned into a How Not To manual for professional sporting organizations. They have consistently shown no foresight, no marketing plan, no relationship or connection with the community, and a stubbornness that has seen them end up on life support, complete with a shot clock.

Do we really need hindsight to see that the decision to switch the competition from winter to summer was a bad one? It was actually called by then-chairman Mal Speed “one of the league’s greatest moves.” Really? Giving fans the decision of a head-to-head of NBL vs. NBA was a good thing? Believing it could squeeze into the Aussie summer culture was wise?

While that move continues to boggle the mind, the one that possibly stings more is the NBL’s long-standing tradition of being a separate entity to each franchise under its umbrella. When the teams lost a combined $7 million in 2007, and when three folded prior to this season, the NBL was distanced.

Want more? The promotion of the game to the general public isn’t near acceptable. Unlike the NBA, the players here aren’t thrown to the people, or placed in a position where they can be worshiped. Instead, the NBL and Basketball Australia (both of which will be destroyed should the proposed reform be given the green light) seem to be stuck somewhere in the pre-millennium, oblivious to the potential relationship between modern culture and basketball that exists so well in the US.

Without doubt, the biggest indicator of this fact is the place in mainstream that both Andrew Bogut and Lauren Jackson currently occupy. Bogut, he of NCAA POY/former no. 1 pick/$72 million contract fame, has seen his impressive body of work go largely overlooked

by an uninformed public. Jackson, despite perhaps being the best female baller on the planet, is known by name, but not game.

Spare a thought for Patrick Mills or Penny Taylor. Mills is by far the most exciting guard to come out of Australia in, like, forever. But it took an impressive Olympic campaign for his name to be publicly uttered, this despite a blazing freshman season at Saint Mary’s (CA). The November night he dropped 37 on Oregon should have been compulsory viewing for any hoop-dreamin’ Australian kid with a TV set, but it barely drew mention, let alone attention from a TV exec. Taylor, on the other hand, has quietly compiled a fine career overseas; the perfect compliment to Jackson on our national squad also owns a WNBA title, but not a place in the Aussie conscience.

This is where the frustration comes in. The game is fine. The people playing it are fine. As

Brian Goorjian, national team coach and longtime contributor to Australian hoops said last week, “the talent’s [right now] the best it’s ever been.” Too bad, because the chasm between player and fan has perhaps never been wider.

Don’t get me wrong, this reform is a step in the right direction. But honestly, it’s hard not to be skeptical. Good intentions are still just good intentions, right? Heck, the NBL had a management overhaul eleven years ago and things became worse. Hardly the ideal track record. As Graham added: “The fans are practically saying ‘get it right so we care again!’”

As odd as it sounds, the game will survive. There will always be people here who love basketball. And there will be some, like me, who probably care too much. The ones who want to see it thrive so bad they’re willing to say anything. But it’s time things changed. Why? Because they can, and because there’s an opportunity to make things right. If they don’t, things will get worse before they get better.