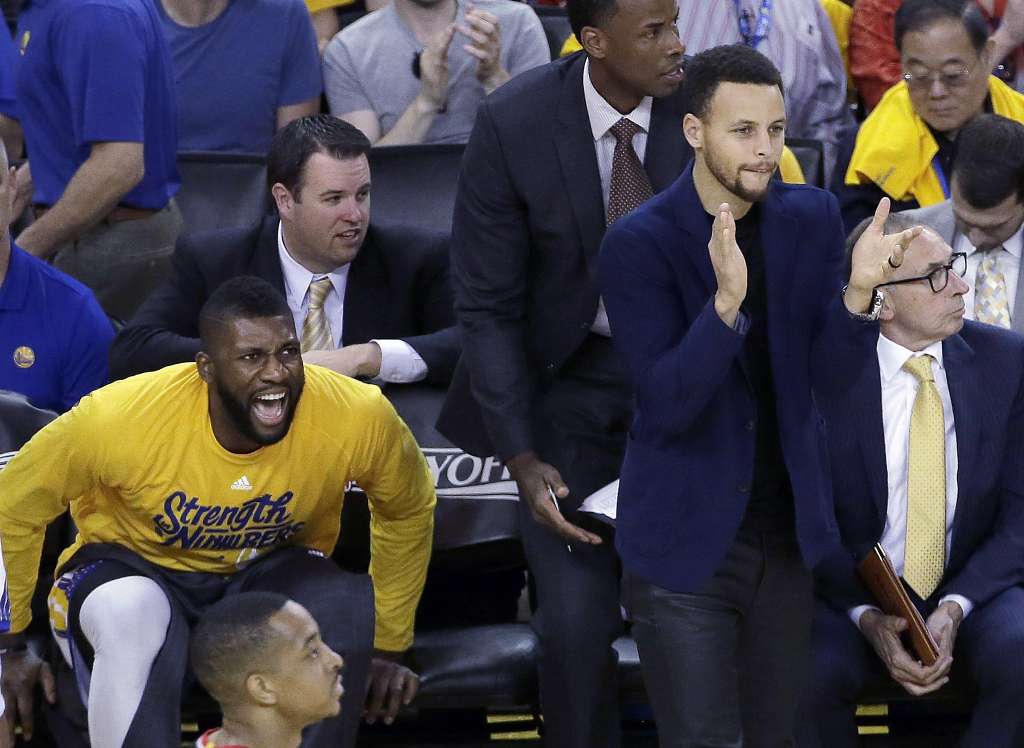 The Golden State Warriors didn’t seem to need Stephen Curry in their second round series opener against the Portland Trail Blazers, but the MVP says he’s optimistic about suiting up once Game 3 tips off.

Steph Curry is optimistic about playing in Game 3. https://t.co/cFbOnXHpcl

Curry was expected to miss at least a couple of weeks due to a right knee sprain.

He’s begun to do some light shooting without movement on his injured right knee.

Coach Steve Kerr said before Sunday’s Game 1 against the Trail Blazers that it’s “pretty slim” the reigning MVP would be ready for Game 2 on Tuesday night at Oracle Arena. […] “It just depends how his week goes,” Kerr said of Curry’s status for Saturday’s Game 3. “We’ll just monitor him and see how it goes and hopefully get him back at some point. . It’s nice to have that long break between 2 and 3.”

“They’re a great team without Steph. They’re a historically great team with him,” Blazers coach Terry Stotts said before the game. “They have a style of play, they have an identity. Everybody understands their roles. They do what they do well. They’re an exceptional team with Steph and what he can bring to the table, but I think the last six quarters showed how good they are without him as well.”

Curry, of course, wants to shorten his time on the bench. He said Friday he knows he won’t be fully 100 percent when he returns. […] “It’s all speculation,” Kerr said. “As Bob said from the beginning, the two-week timetable was just kind of a random guess more than anything based on past history of these MCL injuries. So, we don’t really know, but that’s the hope, is that by the middle of next week we’ll get him back in more basketball-type movements.”