Stephen Curry: ‘I’ll Take Those Slump Numbers Any Day of the Week’ 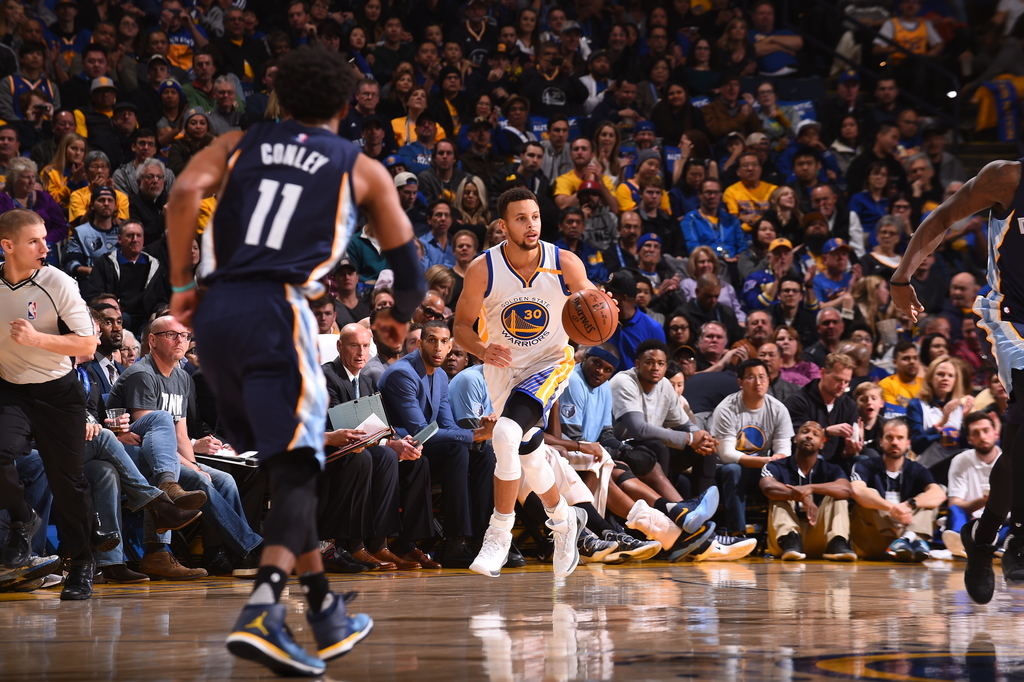 Stephen Curry is averaging 24.8 points a night, while shooting 40 percent from behing the three-point arc (the lowest mark of his career), and if those numbers constitute a “slump”, that’s just fine by the NBA’s reigning MVP.

Curry knows his numbers are down this season—largely due to the addition of Kevin Durant—but he’s not sweating it.

In exclusive with ESPN, Stephen Curry on 'slump' year he's allegedly having: "I'll take those slump numbers any day" https://t.co/zlyhkb551p

“Yeah, I heard the words ‘slump’ and ‘down year’ and all sorts of other ways to describe something that wasn’t really a problem for me,” Curry told ESPN. “I obviously hold myself to the highest standard. Still, at this point, I’m not at the numbers I was last year, but I’m not worried about that because it’s a different year. Every shot I take, I have confidence I’m going to make it, and over the course of the season, I expect that to show itself as we go along.”

“There’s a lot of scrutiny over something, to me, that wasn’t really an issue — knowing that it will all average out, most likely,” Curry told ESPN. “I try to get better from year to year, so if you survey it from that standpoint just off of raw numbers, I’m not achieving my goal right now. But there are a lot of things that go into it, obviously.”

Curry finds it humorous to suggest he has been “in a slump.” […] “That is the one that’s most comical, because if you look at the numbers at that point, in the politest way, I’ll take those slump numbers any day of the week,” Curry told ESPN. “But I know it’s a long year and a lot more games to play. I try not to get caught up in that nonsense. It’s a roller-coaster ride of a season. It is what it is.”

Related
Stephen Curry Not Worried About ‘Down Year’