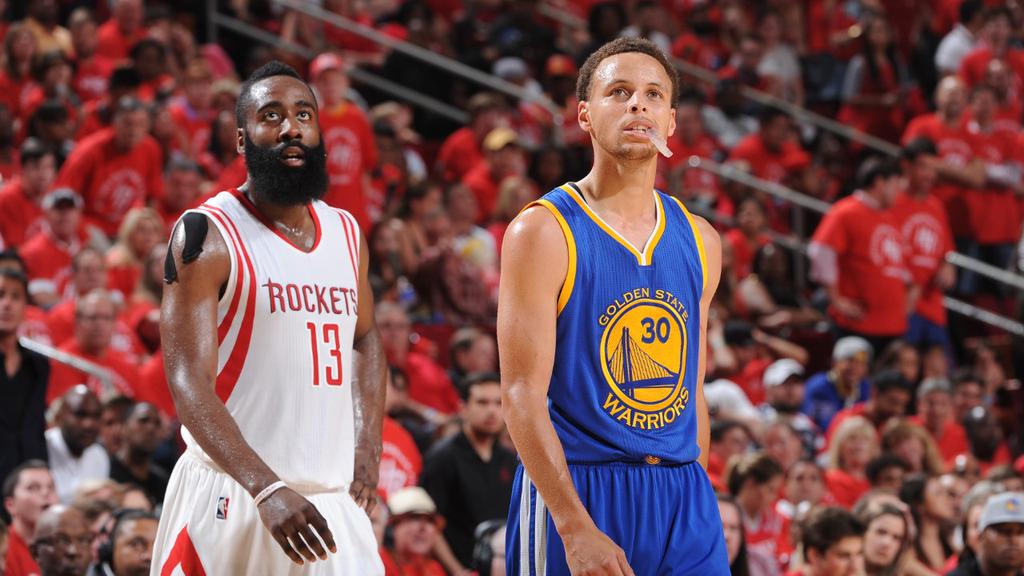 Generally speaking, Stephen Curry tries to stay out of the back-and-forth with other players that the media and fans love.

Asked for his response to James Harden reiterating that he was supposedly robbed of the L’s top individual award, Curry said that Harden can keep whining about the MVP all he wants … it won’t change a thing.

Steph was a lot more interested in discussing his recent attempt at a hi-five with a three-point shot attempt still in the air.

“Different guys find different ways to motivate themselves,” Curry said. “I’m obviously confident in what I do, and I know he’s confident in what he does. It might come out in different ways. […] I try not to do a lot of talking, especially about things that have passed. But you’ve got to motivate yourself, and I’m sure he’s motivated for this year to do some special things. I’m the same way. That doesn’t change what happened last year.”

During the Warriors’ 95-87 exhibition-opening victory, Curry tossed an around-the-waist pass to Klay Thompson in transition. He fired the ball to the left corner, where Draymond Green immediately skipped the ball back to the right wing for a wide-open Curry three-pointer. The Warriors point guard, dapped up Iguodala, well before the ball breezed through the net. […] “It looks funny,” Curry said. “I did it because everybody on the bench was basically breathing down my neck and already standing up. I saw Andre in my peripheral as I was shooting. I was thinking, ‘I know he’s not in the game, but he’s right there.’

“The funny thing is: I shot it and reached out to give him a high-five, but nobody else was looking at me. They were looking at the ball, so he kind of left me hanging for a while. But it was kind of a fun moment with everybody on the sideline just going crazy. Obviously, if it doesn’t go in, I look like an idiot. But it did.”