Stephen Curry on if He Could Break Kobe’s 81-Point Game: ‘Not a Chance’ 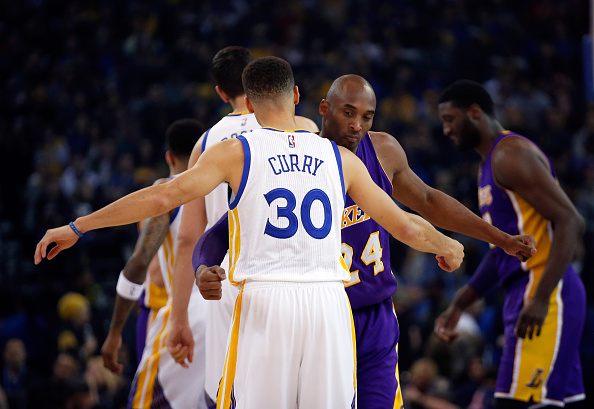 Stephen Curry is averaging an NBA-best 30.7 points per game. But when it comes to the idea of breaking Kobe Bryant’s mark of 81 points in a single game, he doesn’t think he has a chance.

Given the fact that Curry often sits the fourth quarter of Warriors blowouts, it’s unlikely he’d even get enough minutes to match the mark, even if he’s scoring at an alarming rate this season and can make just about any shot on the floor.

In November, Curry said he might be able to get to 75 points, but 81 and above seems out of reach, based on Golden State’s share-the-ball system. Here’s what Curry had to say on the matter, from Mark Medina of the Los Angeles Daily News:

Could Curry ever break Kobe Bryant’s career-high 81-point game against the Toronto Raptors nearly a decade ago?

“Not a chance,” Curry told Los Angeles News Group. “There’s a reason why people are still talking about that game to this day. It’s so special.”

Curry’s highest volume-shooting output was a 34-point performance against Brooklyn in which he shot 13-of-31 from the field in 44 minutes. Otherwise, Curry has averaged a team-leading 20 field-goal attempts.

“A lot of it has to do with our system and the way we play,” Curry said. “Kobe had a reason to get up as many shots as he did in the [Toronto] game. I don’t think anybody will get up 40-plus attempts no matter how hot they are.”

All of which left Curry intrigued on whether he could reach Bryant’s milestone if he ignored team dynamics and played as if an NBA game took place on the playground.

“You would like to think if I were to try or if I were to get hot after a quarter or two, I would have 50 in 2 ½ quarters,” Curry said. “Maybe you could finish it off. But that’s still pretty crazy to think to have 50. Those are career days for almost anybody.”