Stephen Curry Says Criticism of the Warriors is ‘Annoying’ 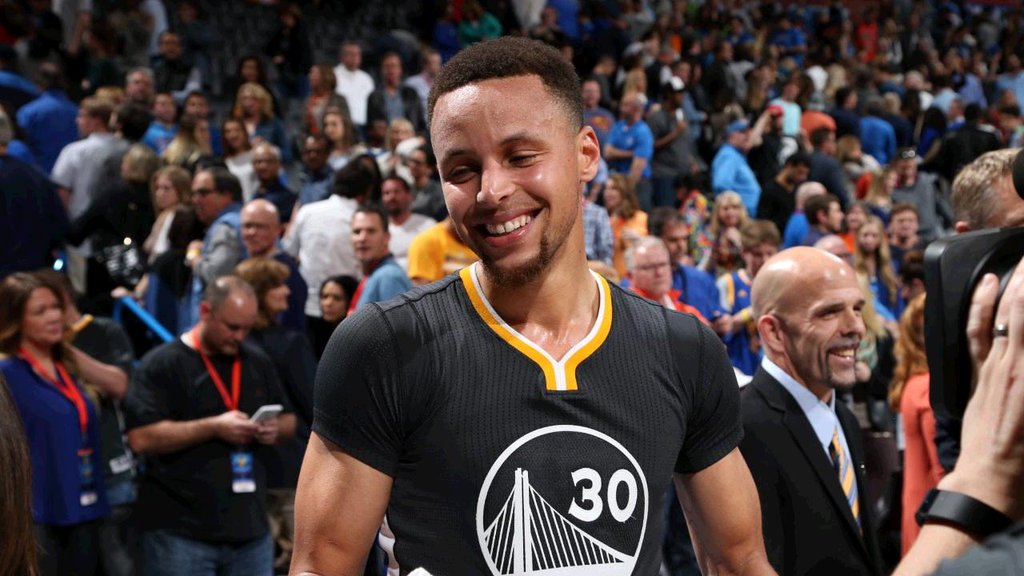 Playing at a historic pace, with a 53-5 record and having the world’s best and most exciting player, you would think that the Golden State Warriors would be beyond reproach at this point.

Not according to a bunch of old-timers, who continue to throw darts at Stephen Curry and the defending NBA champs.

The League’s reigning MVP says it’s getting a tad annoying to hear all of the unwarranted chirping, but his teammates seem to be having fun with it.

My under 14 team in Melbourne Australia would have beat these @warriors 109-99. Fat Jimmy would have locked down @StephenCurry30 !!!!

Cmon man! Call fat jimmy up & tell him im looking for him https://t.co/tKKkjP16J2

Tell Big Jimmy you and I have illegal screens for days to allow Steph to get his shot off! https://t.co/Q9lc0IMk3a

Curry was traveling with the team from the Oklahoma City airport to the team hotel for (Saturday’s) game vs. the Thunder, and he and his teammates had just been having fun on Twitter joking about all the retired players who are now announcing that their teams would beat the current Warriors or that Curry isn’t so great. […] So we asked Curry right off the bat: What do you feel about Oscar Robertson’s criticism, about Stephen Jackson and Cedric Ceballos saying their teams could beat the Warriors… the whole thing?

“It’s starting to get a little annoying just because it’s kind of unwarranted from across the board,” Curry said. “We have a very competent group, and we have fun when we’re out there on the floor, and it shows, obviously.

“We enjoy what we do. But for the most part, you don’t hear us talking about, you know, comparing ourselves to other great teams and ‘We could beat this team, we’re better than this team.’ We’re living in the moment.”