Stephen Curry’s wife, Ayesha Curry, has certainly not received the same media attention that her adorable daughter Riley has. But with one bold Instagram, Ayesha has thrown herself into the mix.

Her post, which came in the wake of Golden State’s Game 4 victory over Cleveland (103-82), took a shot at the home team and their apparently quiet fan base.

According to Ayesha, “Riley slept through the entire first half” of both games at the Q. Of course, Ayesha doesn’t foresee Riley falling asleep at Roarcle, a setting that according to her, brings “the noise.” Check out the Instagram: 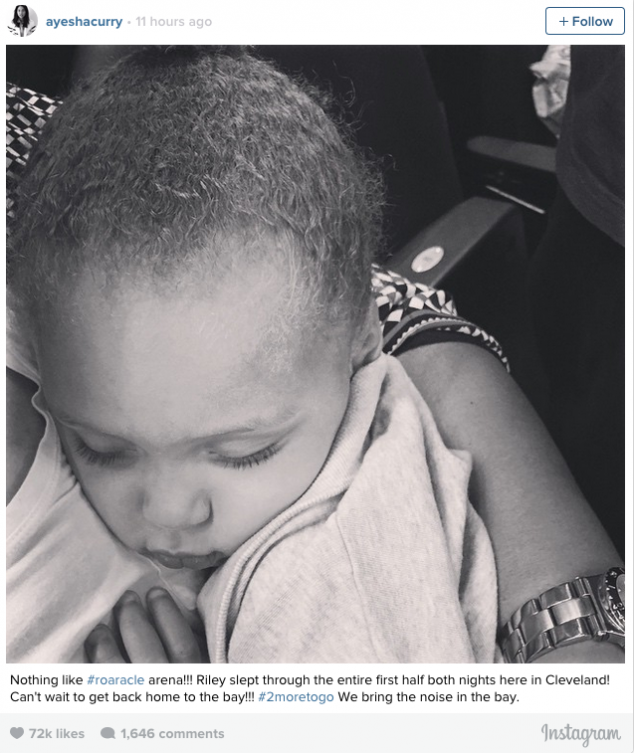