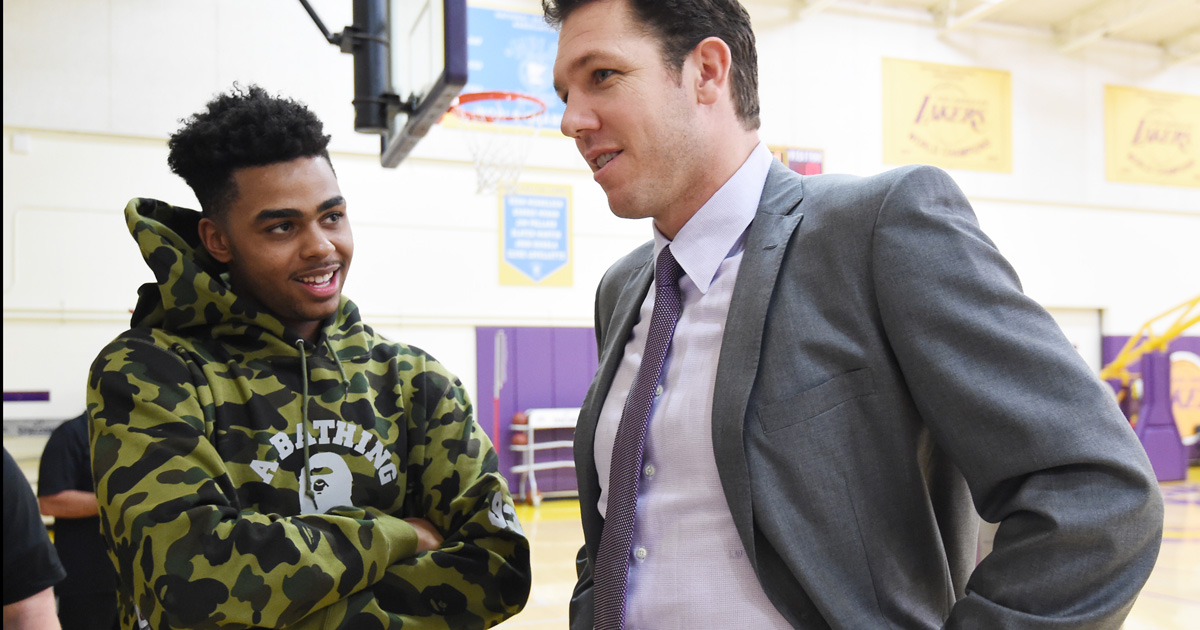 Lakers point guard D’Angelo Russell had a lot of positive things to say about new head coach Luke Walton as the pair completed their first training camp this week.

Russell, 20, even told Bleacher Report that he used to play as Walton in 2K as a kid. Wait, hold up…he played as Luke Walton?

Stephen Jackson, who competed against Walton for many years, is calling the young rookie’s bluff in a scathing post on Instagram.

Jackson on Instagram: “The new NBA. Brown nosing at its best. To be real Luke Walton didn’t pick Luke Walton on 2k. GTFOH. Smdh. U gonna start Kid u ain’t gotta do all that bruh. Man it’s sad I tell ya. Just be real with others and they will respect that.”

Jackson is known for keeping it 100 percent real, but acusing Russell of “brown-nosing” is a bit of a stretch.

Only one thing is for sure: D’Angelo Russell is very happy with his new head coach.