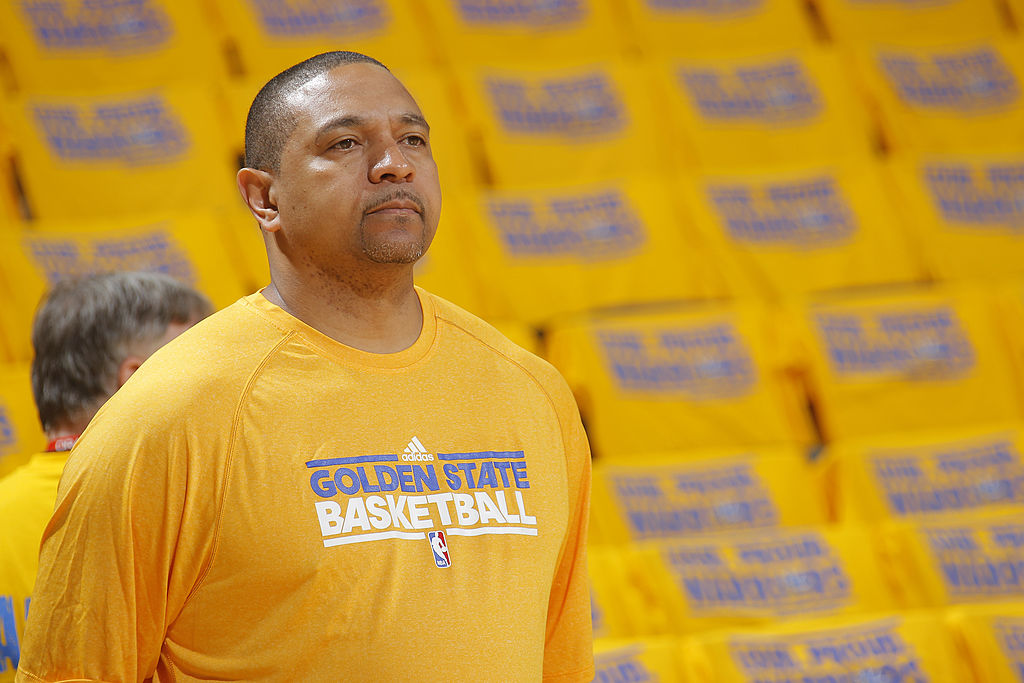 The Warriors’ offensive attack gets most of the headlines, but it’s their defense that truly separates them from the pack, something Steve Kerr gives former Dubs head coach Mark Jackson credit for.

(During Jackson’s three-year tenure in Golden State, the Warriors’ Defensive Rating rank went from 27th to 13th to 3rd.)

Newcomer Kevin Durant has turned the Warriors’ defense into an even greater nightmare for opponents.

“Underrated?” Durant responded when recently asked about the perception of his D. “My coaches don’t feel like that.”

So versatile with his length and ability to alter shots, he even played center during Sunday’s Game 2 when Draymond Green dealt with foul trouble in the 132-113 victory.

Durant and Green have set the tone all season on the defensive end, establishing an intensity and toughness — and the rest of the Warriors had no choice but to do more during Durant’s 19-game absence this spring with a knee injury.

“I’ve gotten better, and 2013 is when I feel I really turned the corner as a defender. Around 2012, that’s when coaches stopped thinking they could go at me and get a basket or get me in foul trouble,” Durant said. “But I don’t expect anybody on the outside who really doesn’t know the game to look at me as a defender because once you’re labeled something that’s what you’re going to be. But I feel the last four or five years I’ve definitely continued to get better and better, and smarter. I have the physical tools, but it’s also about mentally knowing what to do.”