Steve Kerr May Coach in Game 2 of the Finals 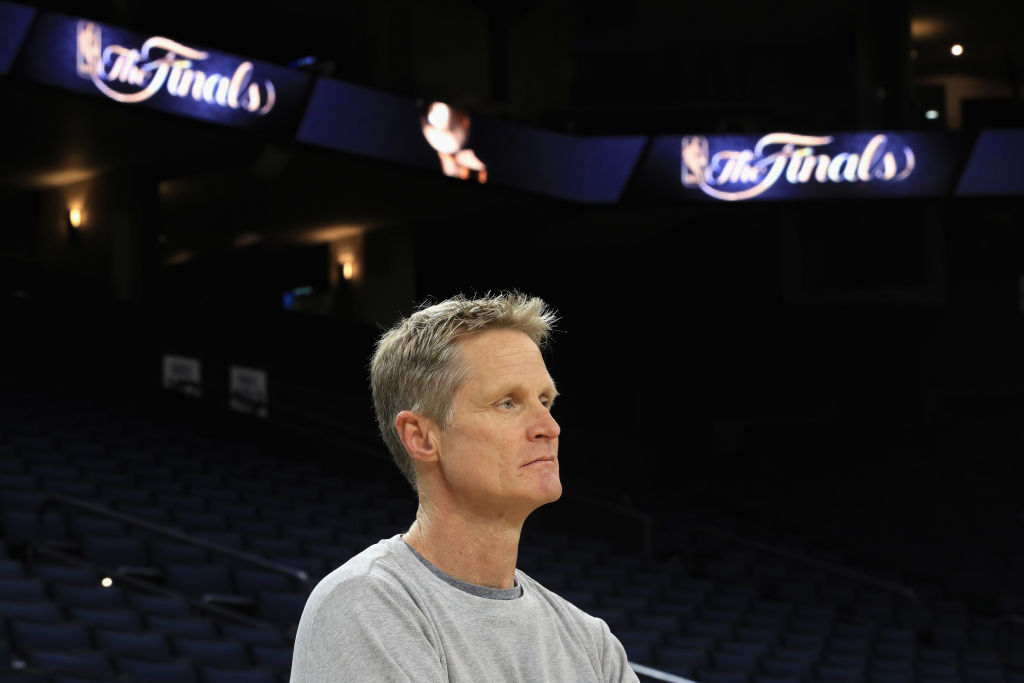 Warriors head coach Steve Kerr could be back on the sidelines Sunday night in Game 2 of the NBA Finals.

Mike Brown has filled in admirably for Kerr, who continues to battle complications stemming from back surgery almost two years ago.

Kerr is apparently feeling well enough to get back to work for Golden State, which crushed the Cleveland Cavaliers 113-91 in the series-opener.

“He may coach Sunday. He’s feeling better,” a source close to Kerr said.

Kerr had been feeling well enough earlier this week to be hopeful that he would be able to coach in Game 1 on Thursday, but according to team sources, after he had a bad day Wednesday, he decided it was best for acting head coach Mike Brown to continue leading the team.

Kerr implied earlier in the week that he was aiming to make a definitive decision on his status if unable to coach the opening game.

However, general manager Bob Myers said on Thursday that the Warriors are “not closing the door” on Kerr’s return this series and will remain patient to allow him the necessary time to recover, even it happens to occur deep into the series.